Revolutionary Opera in the Heart of Pyongyang 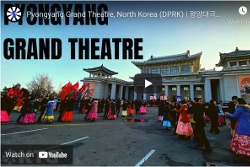 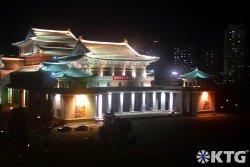 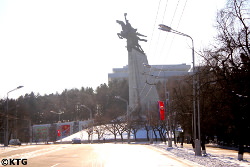 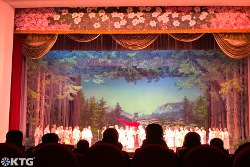 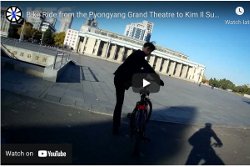 Home to the DPRK's impressive revolutionary opera performances, the Pyongyang Grand Theatre is the most renowned theatre in the capital of North Korea. 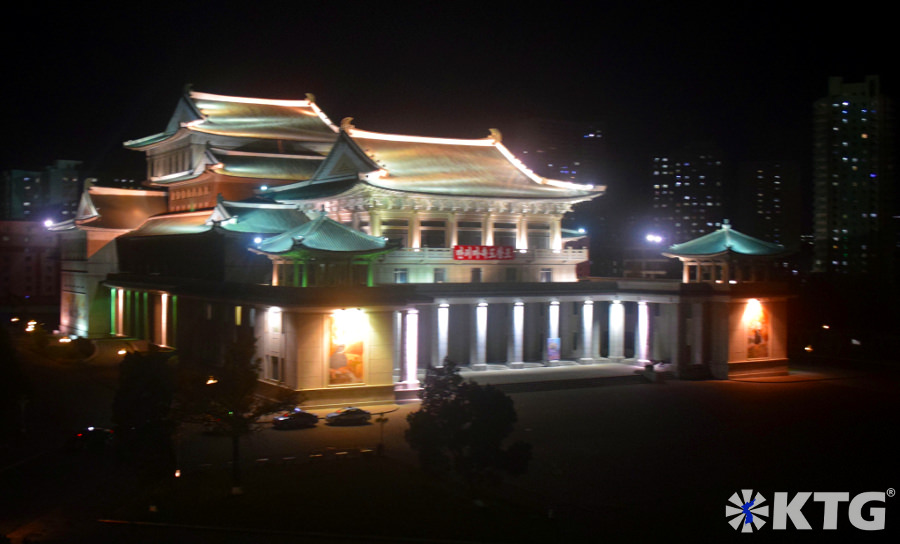 The theatre is just across from the Pyongyang Hotel which is mainly used by Korean citizens based in Japan.

The Pyongyang Grand Theatre was inaugurated in 1960 when Pyongyang was being rebuilt from scratch after the tragic Korean War. After the Korean War the DPRK was rebuilt at lightening speed, or, more precisely at Chollima Speed. 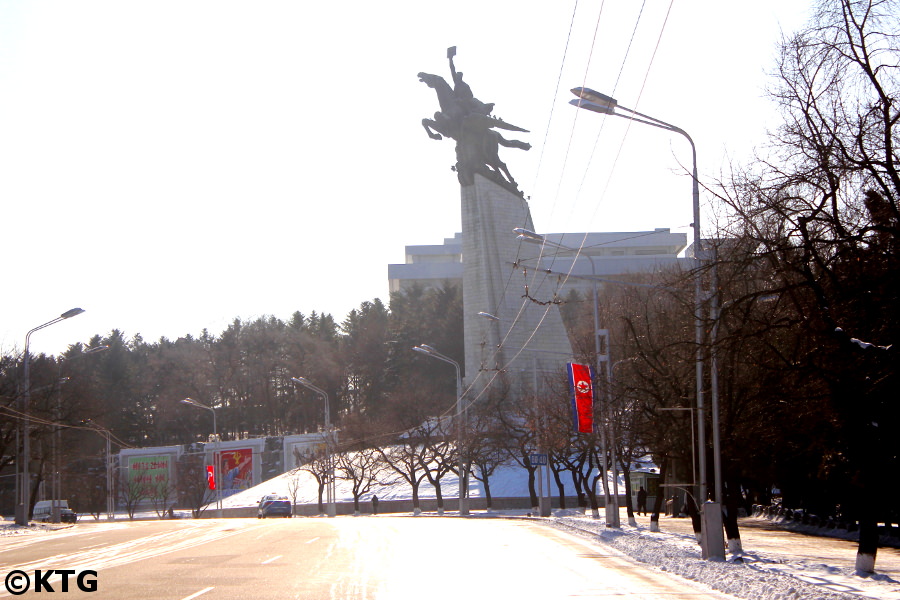 Based on the legendary tale of a winged horse that could fly at high speed, the DPRK set out to move 10 step forwards while others advanced one step. Unlike most of the new buildings being built right after the war, the Pyongyang Grand Theatre was built in traditional Korean style. Curved roofs covered in green tiles strongly contrast with the soviet styled buildings that predominated the architectural landscape of a reconstructed Pyongyang. 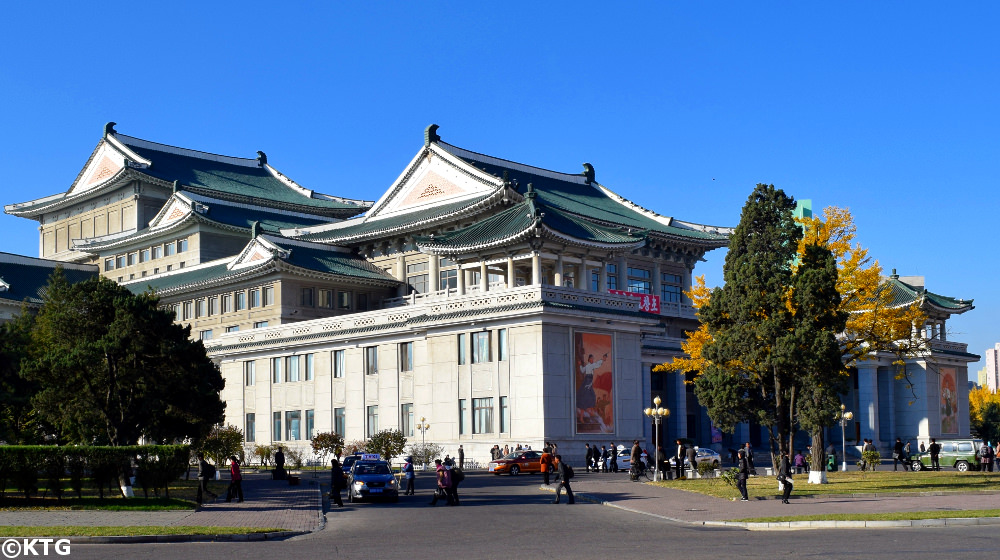 Examples of other buildings that followed this style are the Grand People's Study House in Pyongyang and International Friendship Exhibition Centre and the Chongchon Hotel in Mount Myohyang. 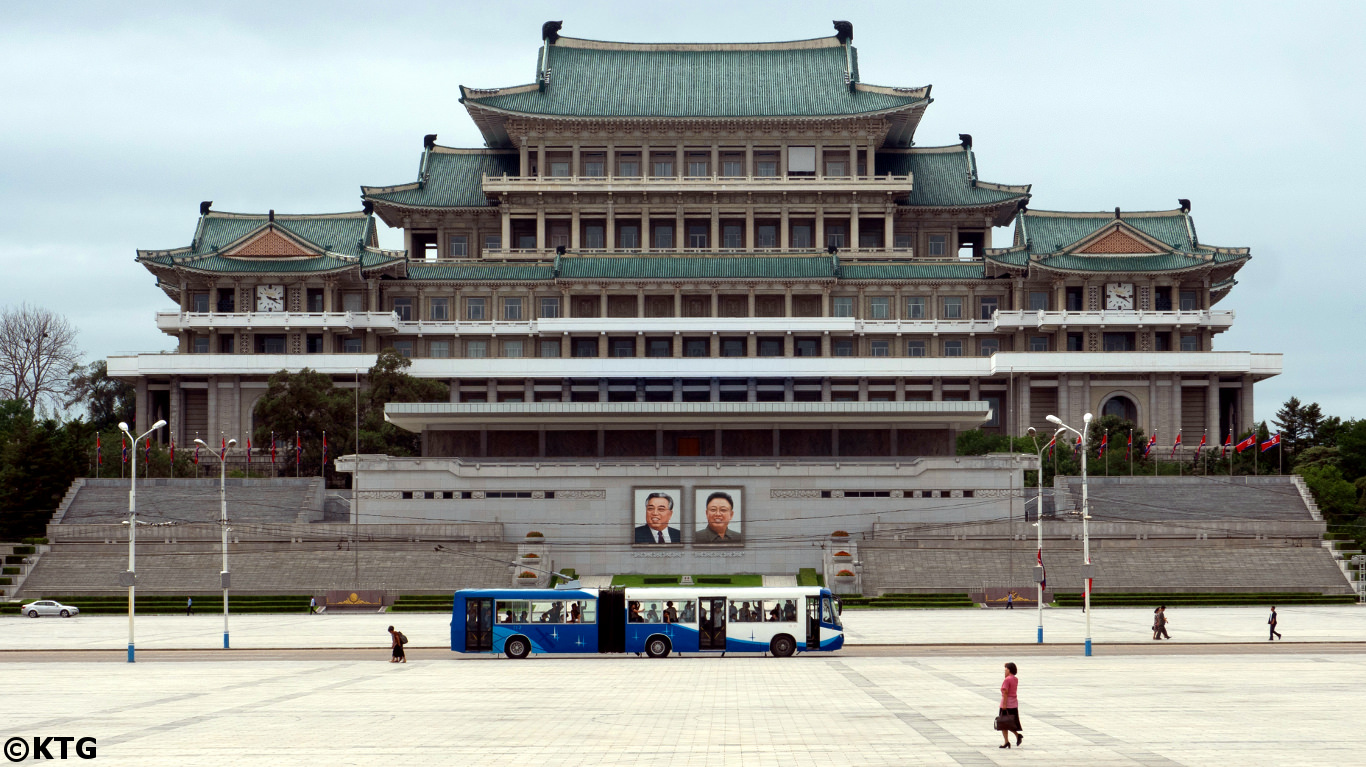 The theatre has seating capacity for 1270 and a total area of more than 75,000 ㎡. It has three floors and a restaurant.

Revolutionary opera performances are held here. We usually do not schedule visits to the performances as they are only confirmed on short term notice. However, if there are any shows being held when you are there our guides will let us know. 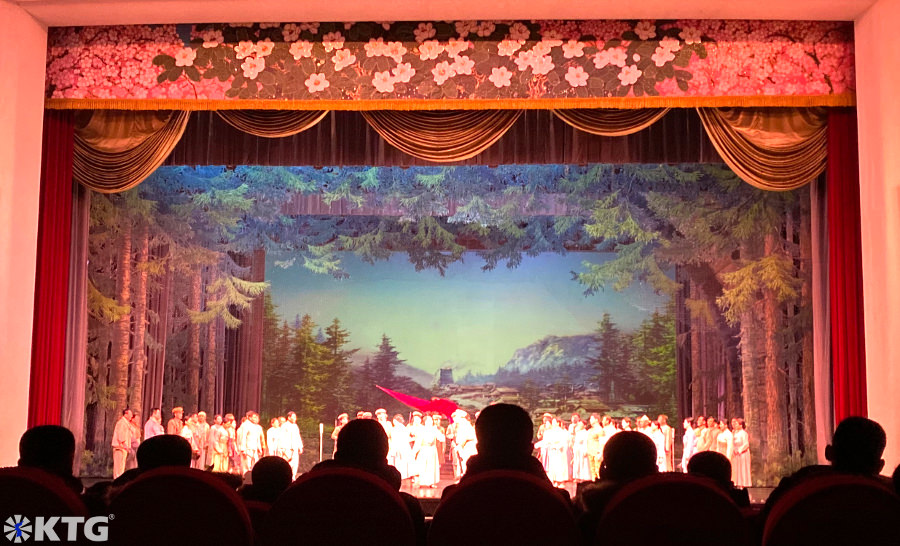 Revolutionary opera combines patriotic songs and dances. The most famous revolutionary operas include Sea of Blood and A Flower Girl. Sea of Blood shows a Korean family’s cruel struggle against and victory over the Japanese in Northeast China. A Flower Girl is based in Korea and portals the story of a poor flower seller. This opera was made into a film in 1972 and enjoyed huge success in North Korea and abroad in other socialist / communist countries, particularly in China. The movie was in fact the first DPRK movie to receive an international award. 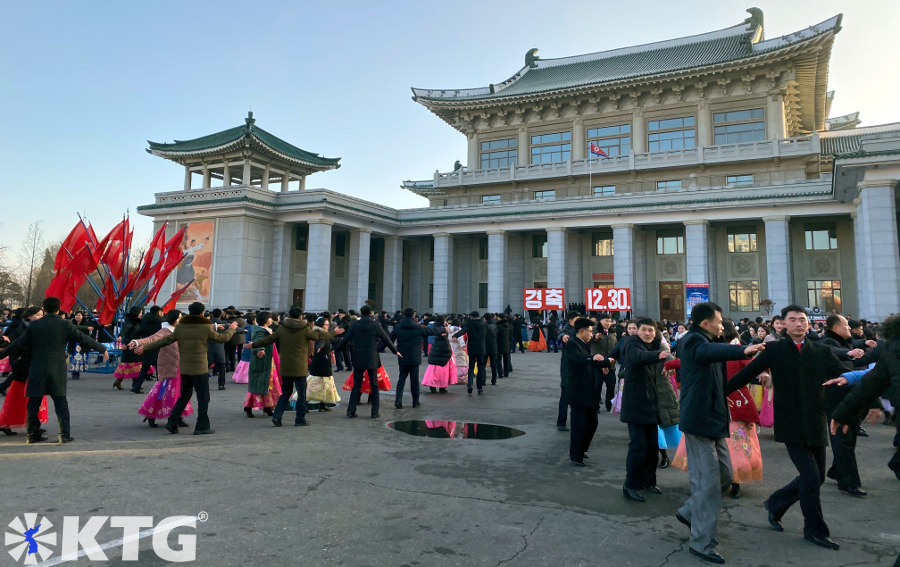 These theatrical performances have been staged at the Pyongyang Grand Theatre at different major political events in the DPRK.

There are murals depicting the main five revolutionary operas outside the theatre.

If you are interested in going to the Pyongyang Grand Theatre and see a revolutionary opera performance please do let us know so that we can check upon arrival in Pyongyang if there are any shows scheduled during your visit.

If you would like to have views of the theatre from your hotel room, you should then stay at the Pyongyang Hotel:

Please click on our North Korea Travel Guide for a list of more places that can be visited in the DPRK other than the Pyongyang Grand Theatre.