North Korea music is known for being patriotic and with themes revolving around the working class, their achievements and those of the Leaders Kim Il Sung, Kim Jong Il and Kim Jong Un. 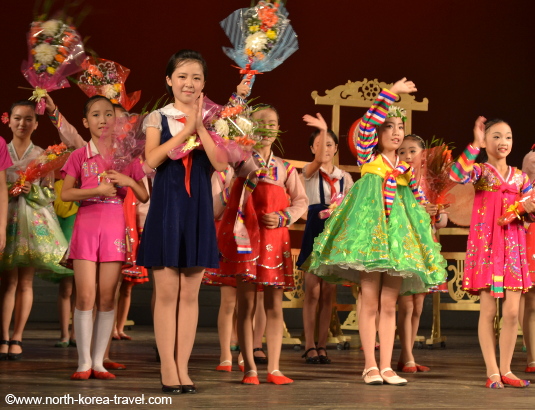 North Korean songs are structurally and rhythmically similar to those used in China during Mao's era on military occasions as well as those from the former USSR. Many songs are used in military choruses and bands. 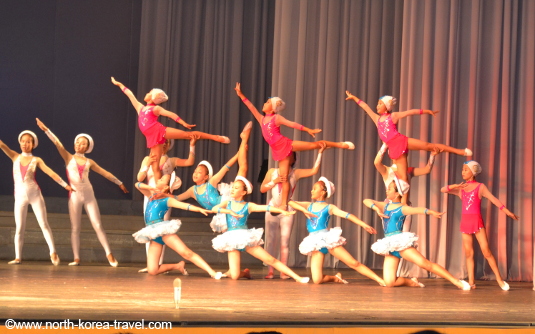 At The Children's Palaces in North Korea these "military choruses" are composed of children starting from the age of kindergarten. However, singing is far from everything that can be seen here. Children playing instruments, acrobatic shows and gymnastics, one would not really expect to see children carry out activities like these to such degree of perfection and would think they would only be attainable by professional adults. 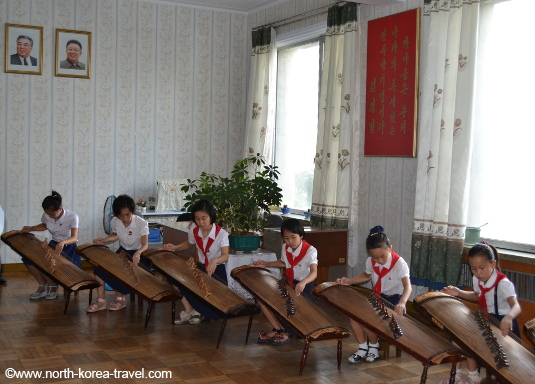 Apart from seeing the children's performance we can walk around their lessons and see them practice extra-curricular activities such as calligraphy, taekwondo and playing Korean traditional instruments.