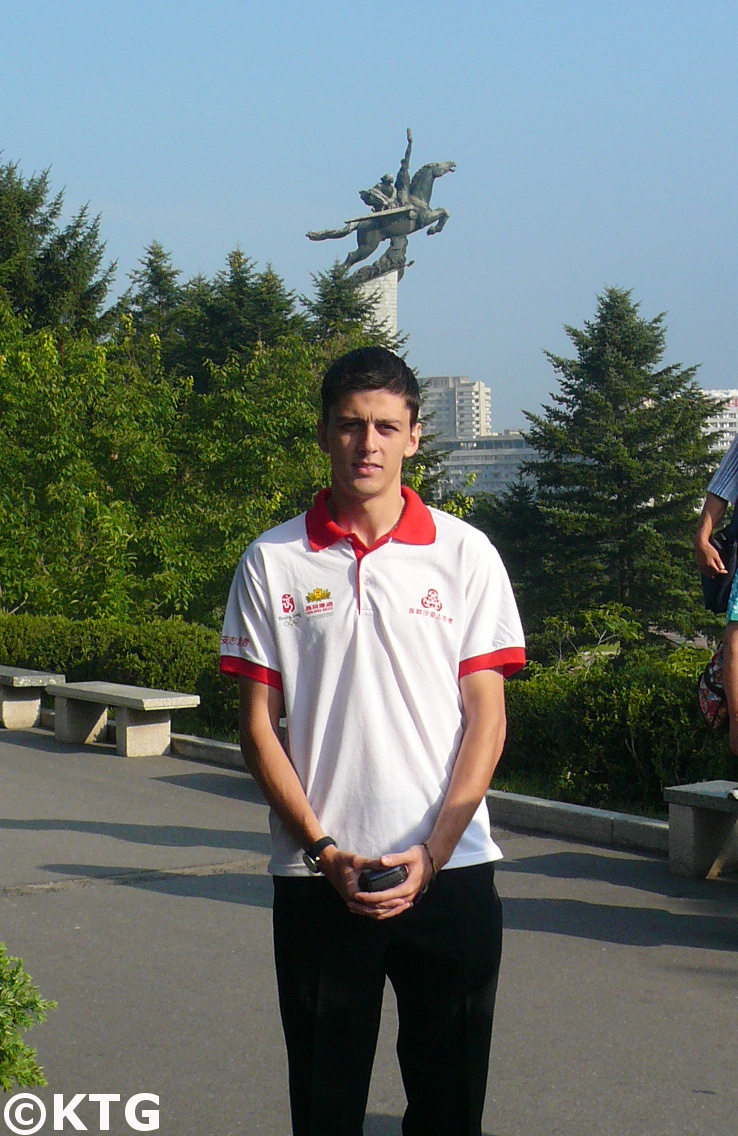 The North Korean capital is full of monuments, statues and murals honouring the party, their ideologies, the Great Leaders and their achievements.

Based on a Korean tale where a winged horse could fly at incredible speed (1000 ri a day) but always struggled to find someone to ride on it, the Chollima Statue was used to encourage the people to reconstruct the country after the Korean War (1950-3), emphasising the fact that constant work and innovation were required.

On the monument is a worker, representing the working class, and a young peasant woman behind who stands for the advancing peasant class).

Like many other areas on the Korean peninsula, Pyongyang was completed devastated after the War, which left an estimated appalling figure of over 3 million victims and a country divided to the present day. The whole city was literally re-built from scratch. We usually have a close-up view of Chollima Statue after having visited the Mansudae Grand Monuments of the Leaders Kim Il Sung and Kim Jong Il.

The whole city was literally re-built from scratch.

Please click on North Korea Tourism to go from our Pyongyang Travel section to see what other places in North Korea you will be able to visit.