The Rungrado May Day Stadium is yet another monumental structure that Pyongyang has to offer. Shaped like an open parachute, it was designed based on a blossoming magnolia, the national flower of the DPRK.

Have you ever imagined walking into a stadium packed with over 150, 000 people? Did you know that the largest seater stadium in the world is located in Pyongyang? 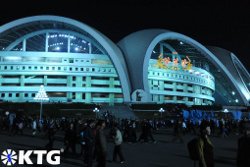 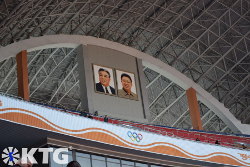 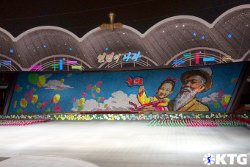 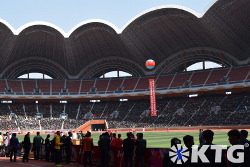 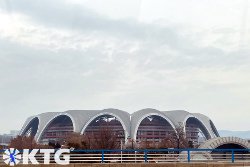 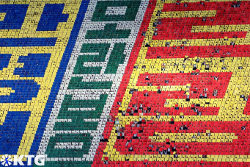 The May Day Stadium is located on Rungna island in northwest Pyongyang, in the Taedong river. Nearby landmarks include the Kumsusan Palace of the Sun, the Revolutionary Martyrs’ Cemetery, Kim Il Sung University, Ryongmyong Street and the Korean Central Zoo. 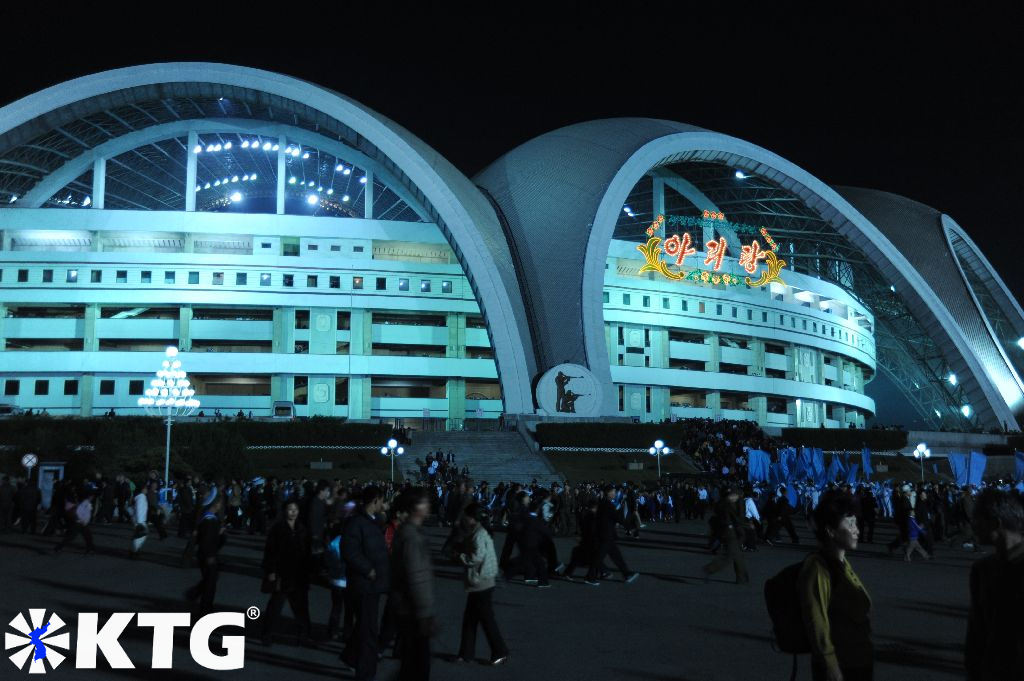 The May Day Stadium was opened in July 1989, when the DPRK hosted the 13th World Festival of Youth and Students. Over 22,000 foreign students from 177 countries participated in this event. It was, at the time, the largest ever World Festival of Youth and Students ever held and this record was only surpassed by the 2017 event held in Sochi, Russia. 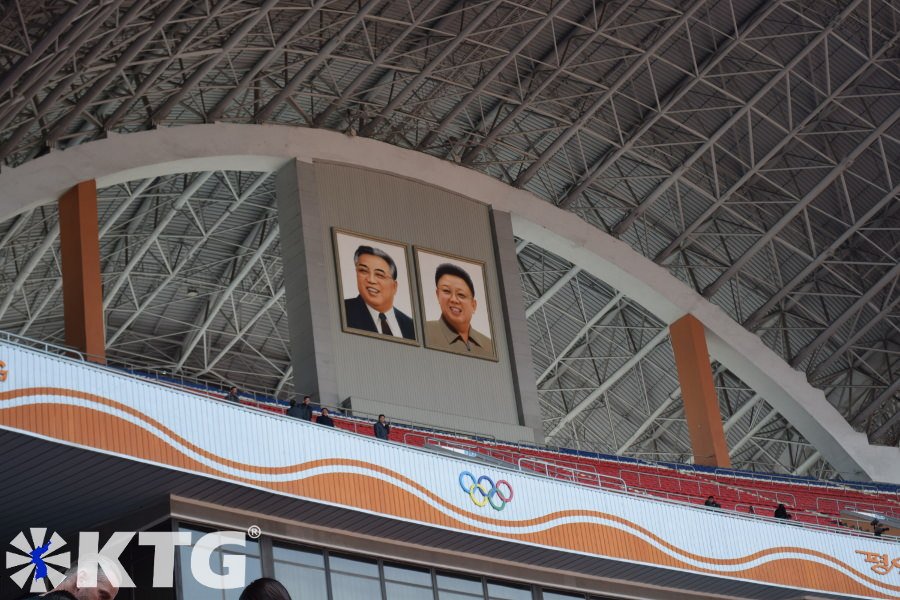 Other massive projects took place in Pyongyang for such event, such as the construction of the Ryugyong Hotel and of the sports villa where several indoor and outdoor stadiums are located as well as the Youth Hotel and the Sosan Hotel, also inaugurated for this event. 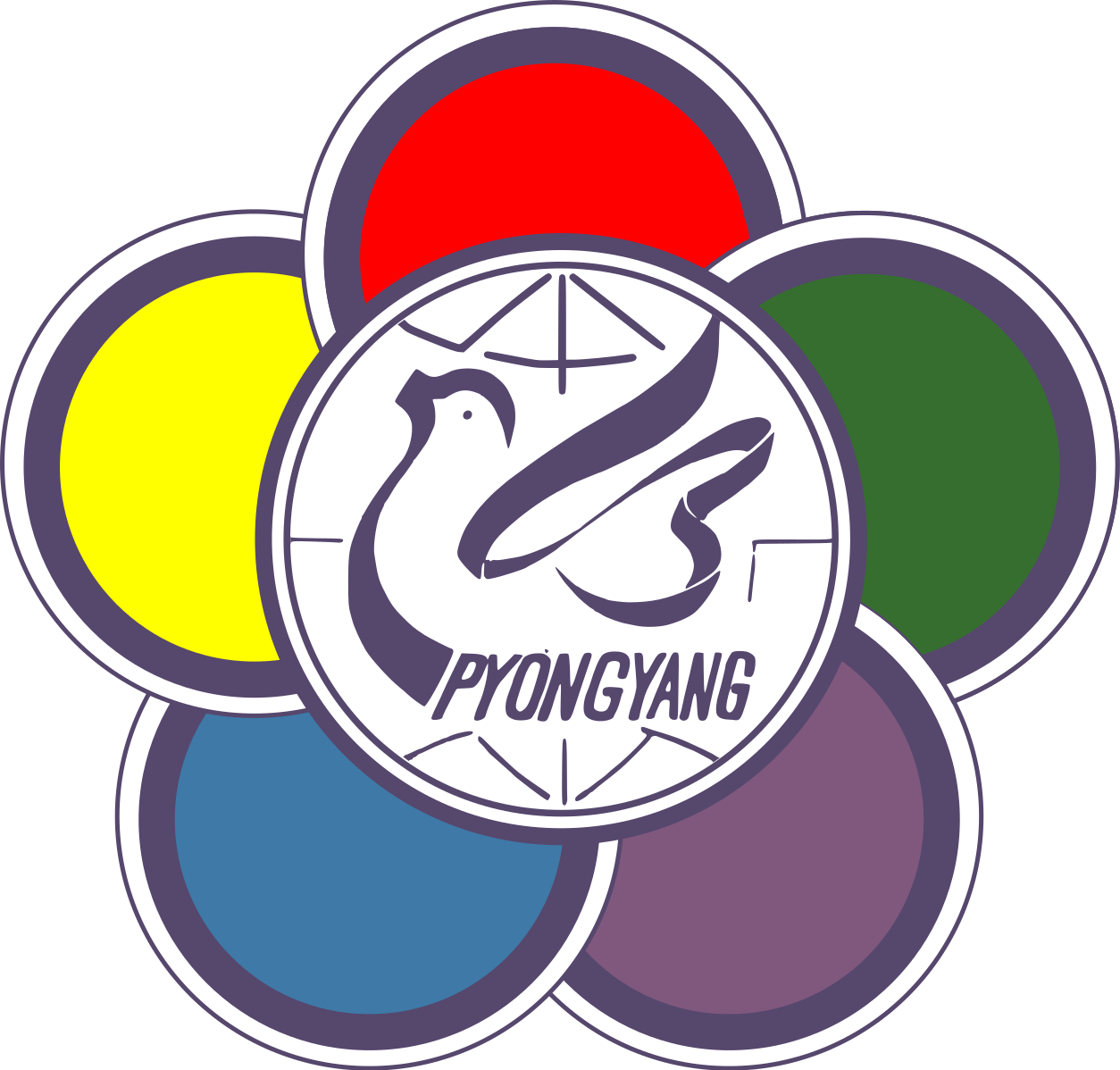 Over 1,000 events took place at the 13th World Festival of Youth and Students. These included sports matches, artistic performances, tours around Pyongyang and political discussions.

The May Day Stadium underwent considerable renovation in 2014 and was re-opened in 2016. 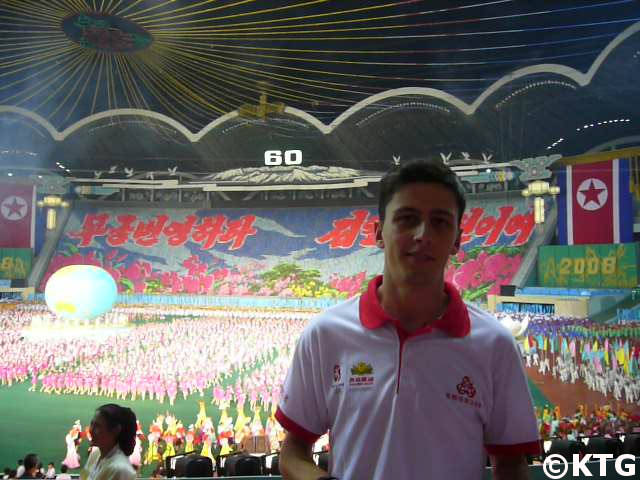 The main event for which the May Day Stadium is known abroad is for its hosting of the Mass Games. The Mass Games have over 100,000 participants, including a backdrop of over 17,000 students forming a giant mosaic.

Each of the over 17,000 students in the background hold a cardboard book and flip its pages according the overall ginormous mosaic formed. That is to say that each single student forms a tiny pixel that in turn forms an image the size of one of the stadium's stands.

Each person a pixel - over 17,000 students form the largest human backdrop on Earth

The Mass Games were held in the May Day Stadium from 2002 to 2013. In fact on 14 August 2007, the Mass Games were included in the Guinness Book of Records for being the largest gymnastic display with 100,090 participants involved. 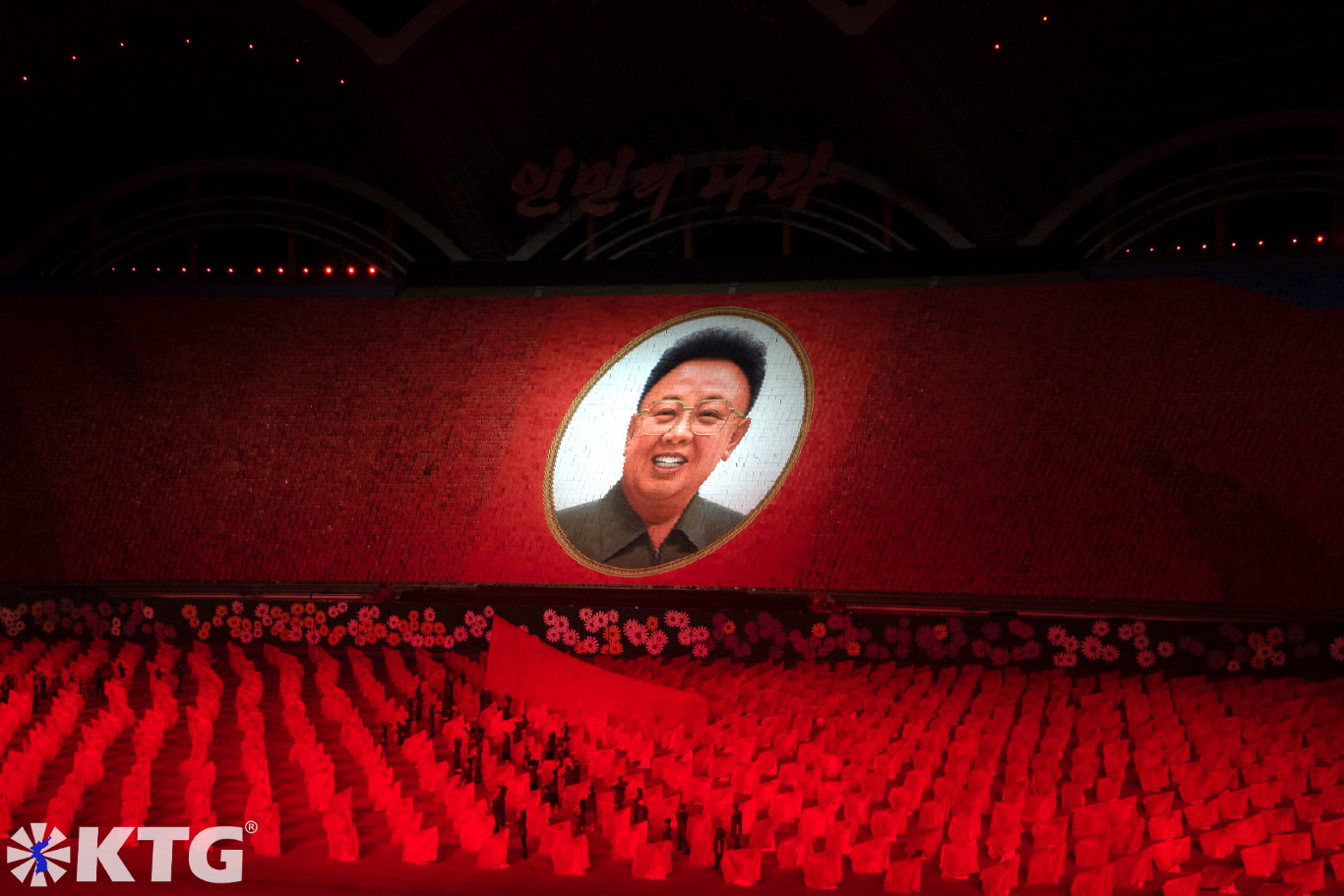 After 2013, the Mass Games stopped being held until 9 September 2018, the 70th Anniversary of the foundation of the DPRK. 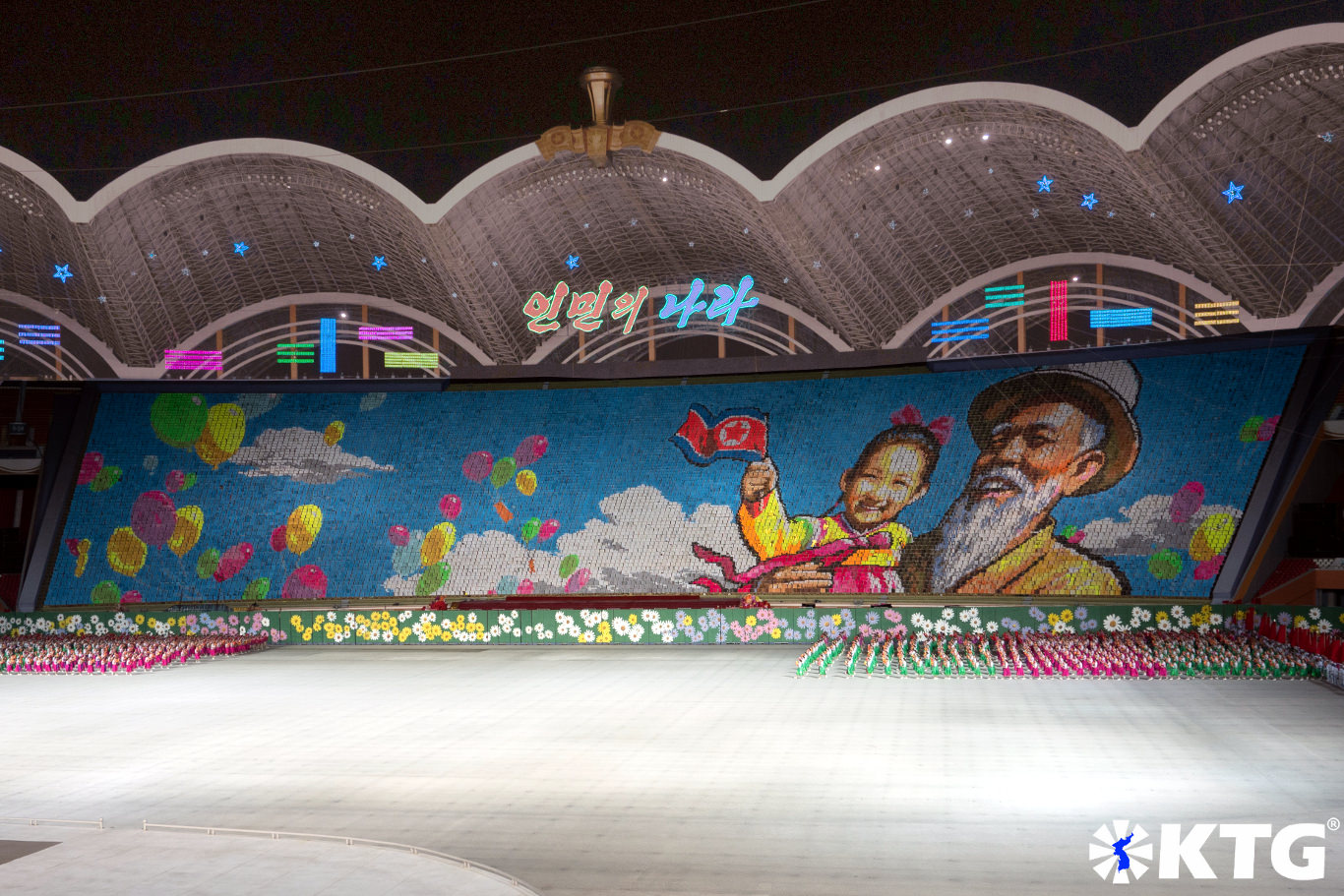 We were in Pyongang that day. 5 years since the last Mass Games and right after we had witnessed a military parade on the 70th Anniversary of the Foundation of the country all foreigners in the country were gathered, bussed off to the May Day Stadium and spent several hours undergoing security checks.

After much expectation and many, many, rumours, all travellers were gathered at the Pyongyang Cultural Hall. Security was extremely strict, no bags, wallets, cameras, phones, were allowed and we were all frisked several times before being grouped into new, completely checked buses, and driven to the stadium. 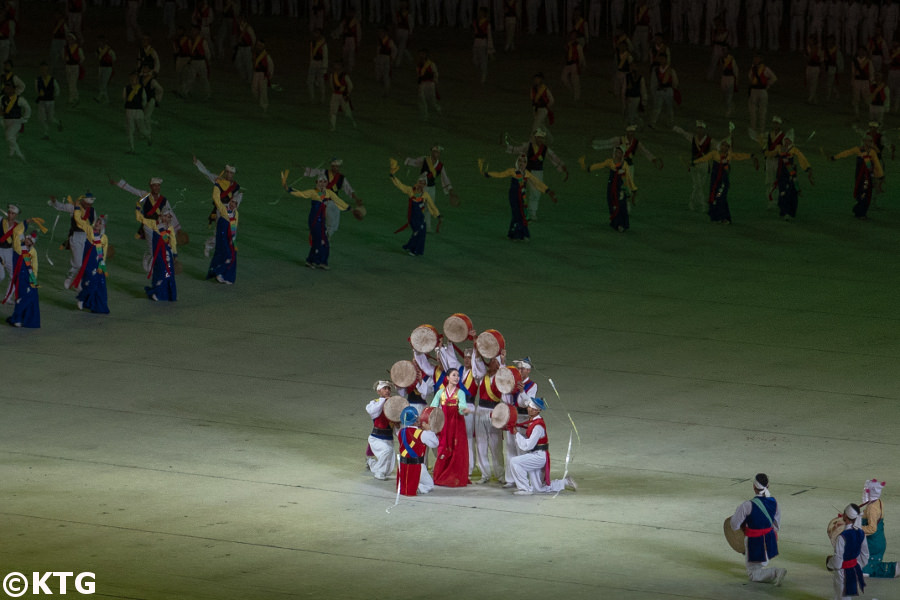 After being organised into groups and thoroughly checked one last time, we entered a completely packed stadium. 150,000 people, 17,000 students flipping their pages, practicing just before the big show.

The central part of the stands was occupied by high ranking officials and delegations. Stands on both sides to the central section was full of journalists and cameras. Then travellers occupied the section next to that. We could not wait to see what would happen. 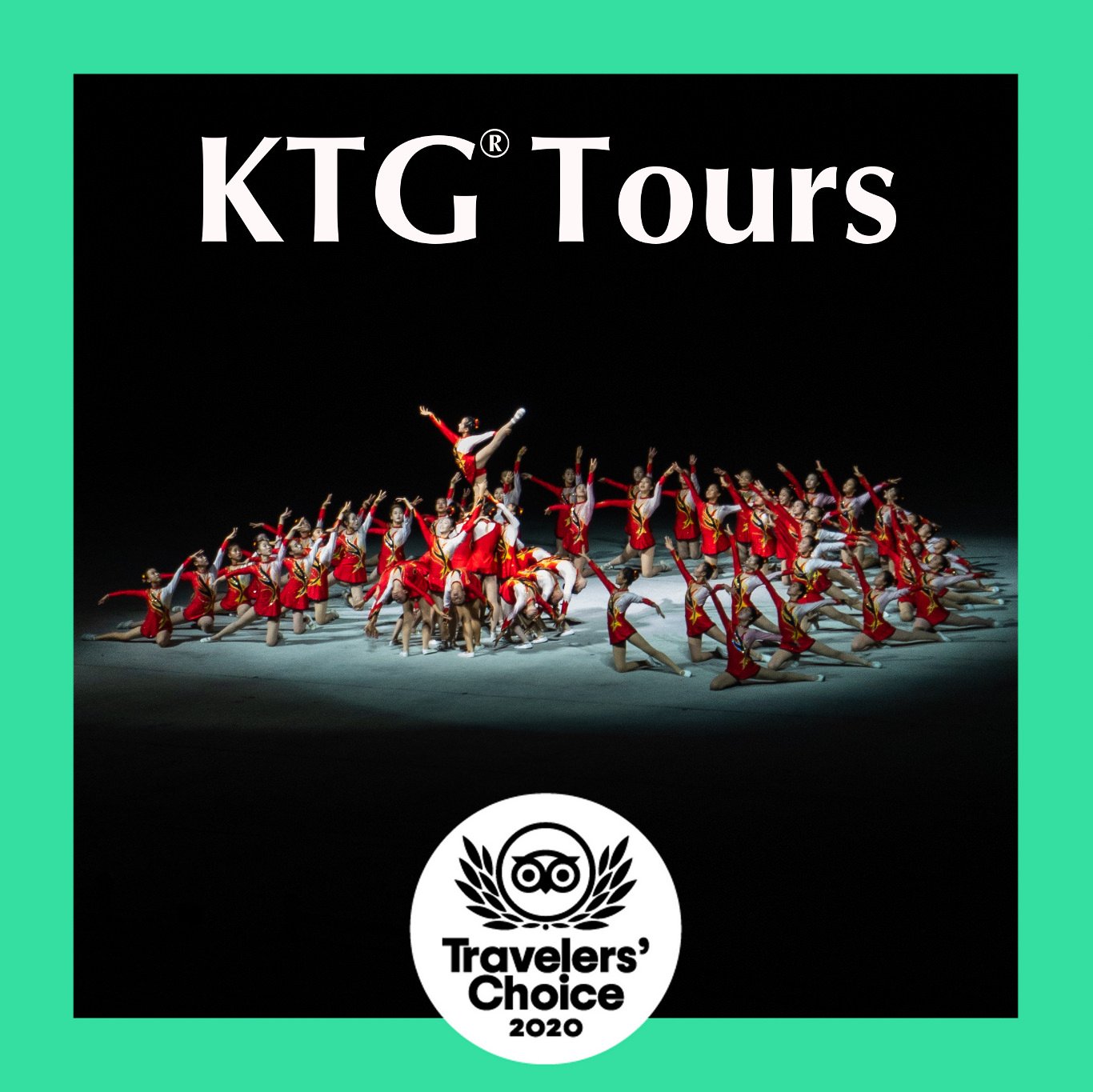 Acrobatics performance at the Mass Games 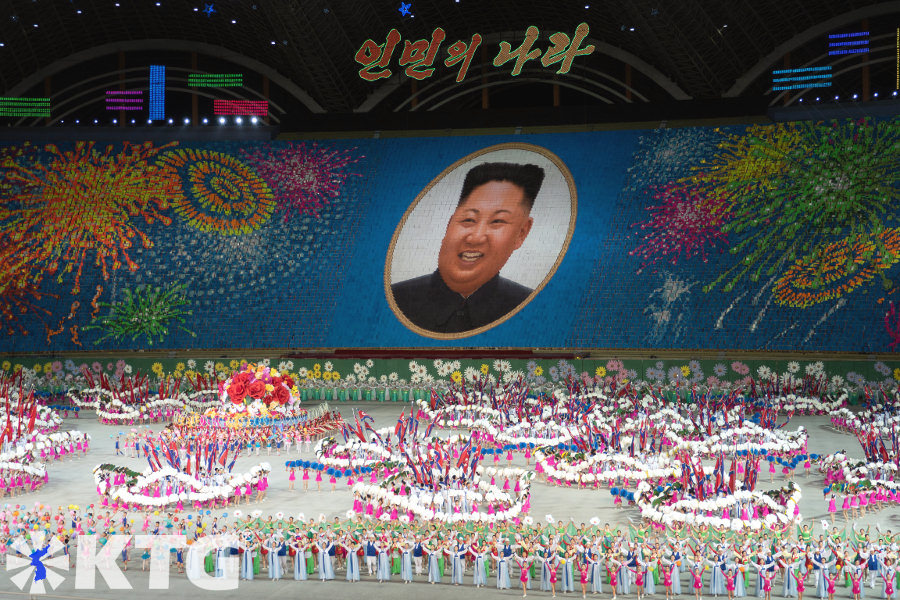 After having gone through many thorough security checks lasting several hours, we saw Leader Kim Jong Un at the Mass Games

We had never ever witnessed anything like this before since our first trip in 2008. And then it happened. As if a giant Mexican wave spread from the central stand of the the stadium in both directions, people started standing up, clapping and cheering. Leader Kim Jong Un had appeared, cheerfully greeting the crowds. The atmosphere was truly electrifying.

The Rungrado May Day Stadium also holds the Guinness Record for being the stadium to have the highest attendance ever for a wrestling event. 190,000 people attended the World Peace Festival on 29 April 1995. 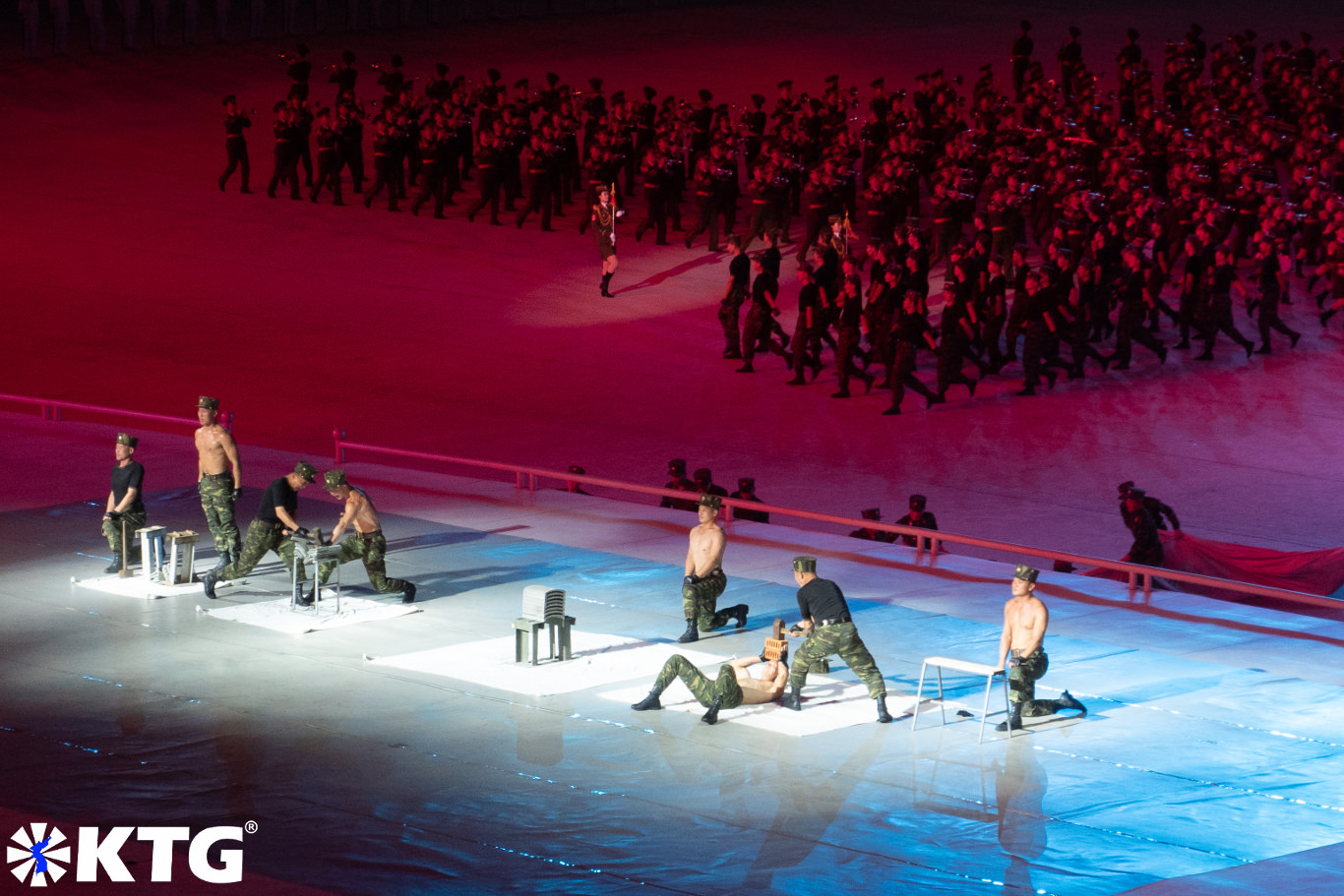 The May Day Stadium was awarded the Guinness World Record in March 2014 for being the largest football stadium in the world. 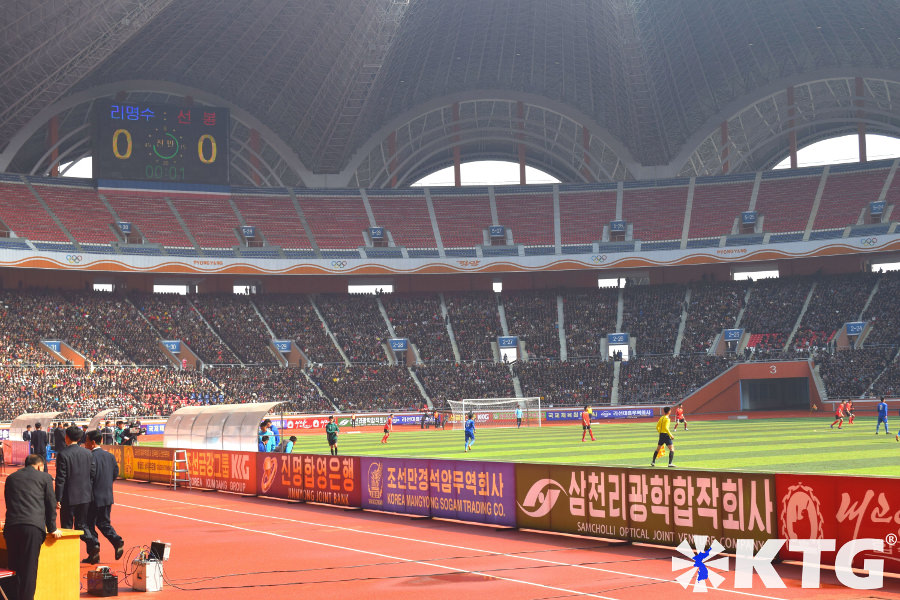 Football match at the May Day Stadium

In 2016, the Pyongyang Marathon started and ended there as Kim Il Sung Stadium was under renovation then. Although the whole stadium was not filled, there were still 90,000 spectators. It was a truly amazing event! Can you imagine being greeted by 90,000 people before you start running through the streets of Pyongyang? 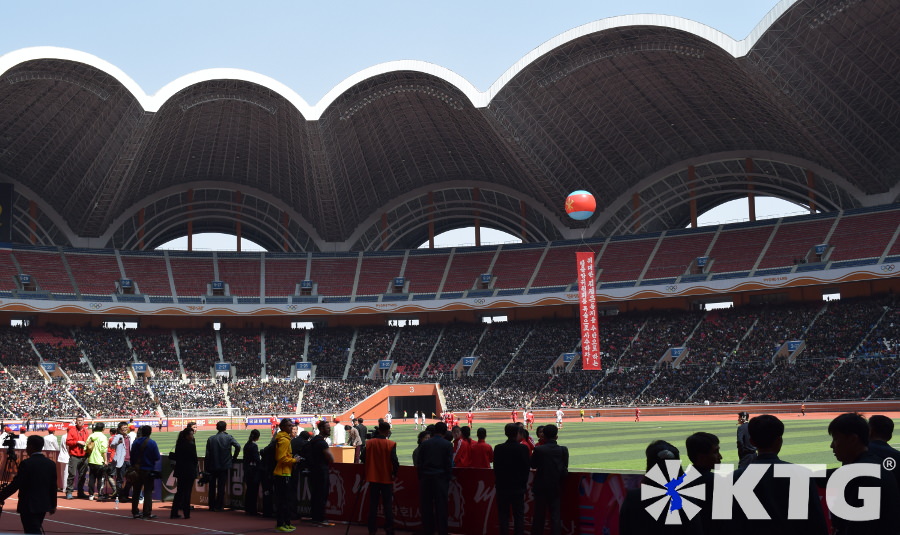 Question: How long would it take to empty this 150,000 seater stadium?

Answer: 15 minutes! Wow, that’s 10,000 people per minute! Yes, having 80 exit gates, the Rungrado May Day Stadium has been designed to be quickly and safely evacuated.

The May Day Stadium looks like an open parachute. It was designed based on an blossomed magnolia, the national flower of the DPRK.

According to DPRK official figures, and contrary to what can be read online, the stadium occupies an area of 400,000 m². It consists of 16 arches shaped in a circle and the roof has a height of 60 metres above the ground. 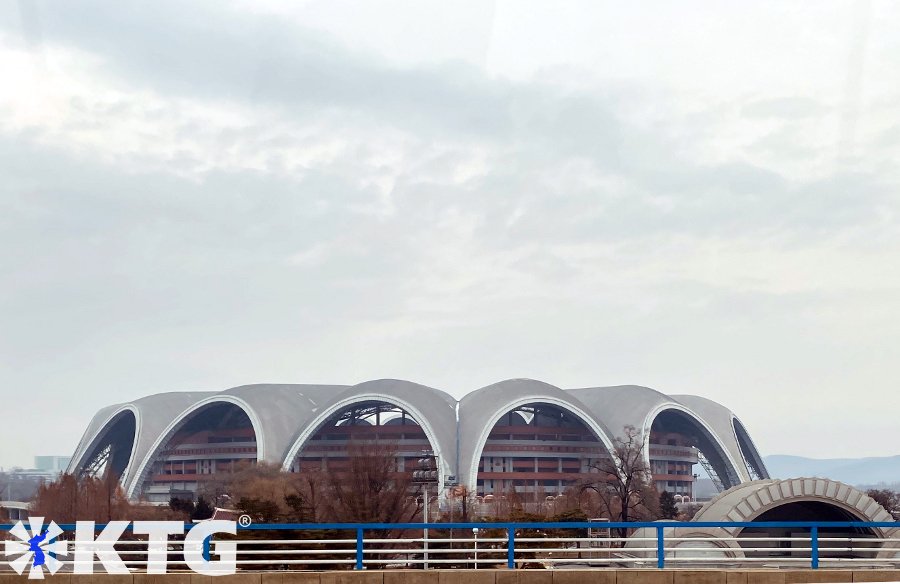 How to visit the Rungrado May Day Stadium

If you join one of our Mass Games tours you will be able to visit this majestic venue. We can also arrange a visit if you go on a private tour or private tour extension as your itinerary can be customised based on your requests. 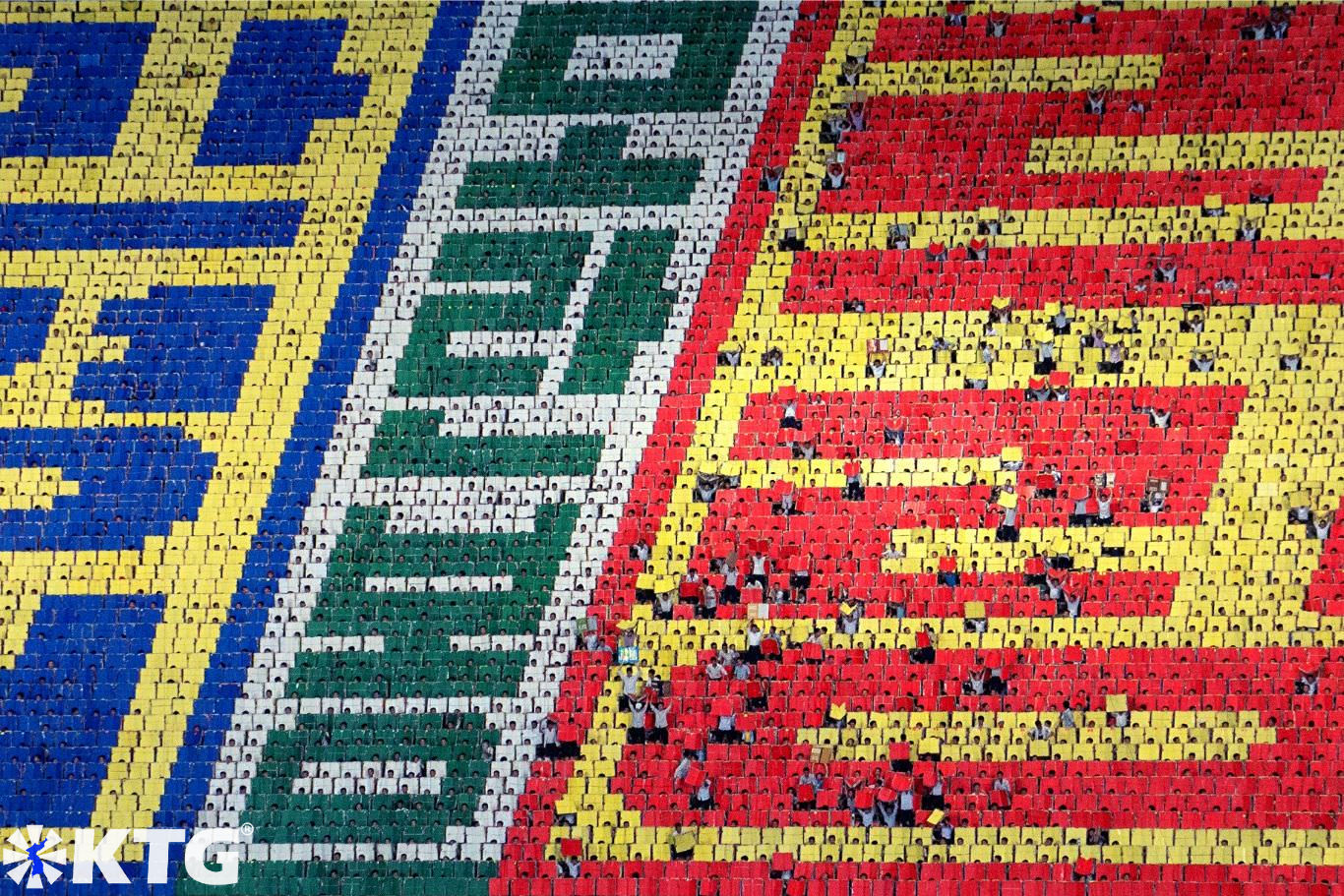 Please click on our North Korea Travel Guide for a list of more places that can be visited in the DPRK other than the May Day Stadium.

© Copyright 2008-2023 www.north-Korea-travel.com. All Rights Reserved.
KTG ® is a Registered Trademark.