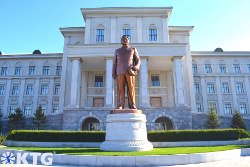 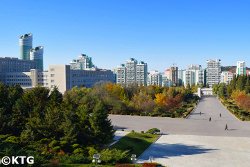 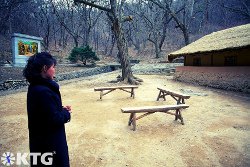 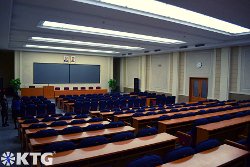 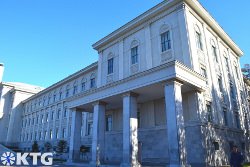 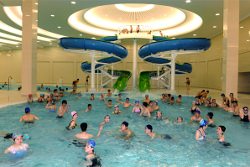 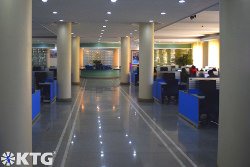 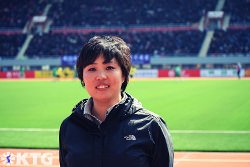 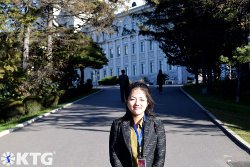 Forestry College & Getting There

Kim Il Sung University is the most prestigious university in the DPRK and a centre where future leaders and cadres of the country study. 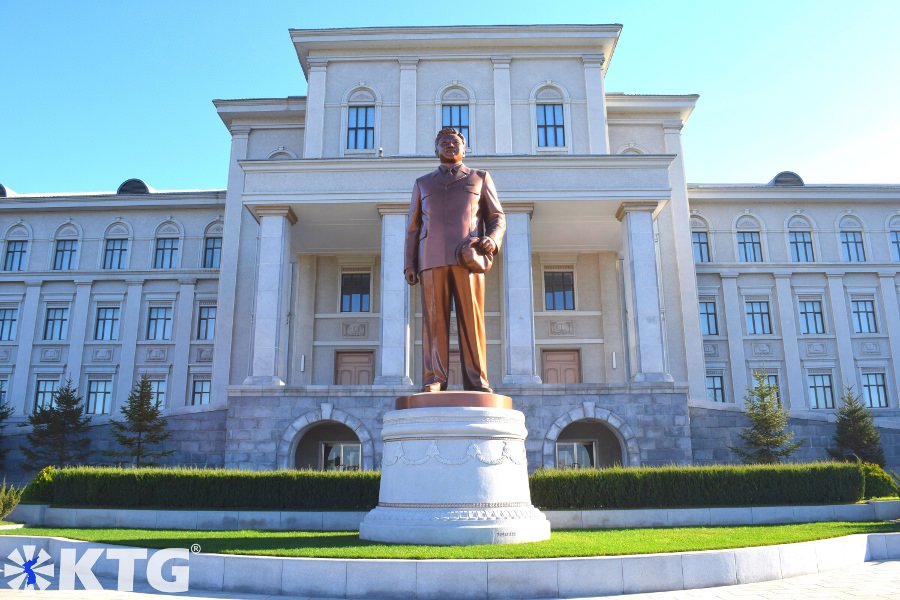 The university was founded just over a year after the liberation of Korea from Japanese colonial rule, on 1 October 1946. 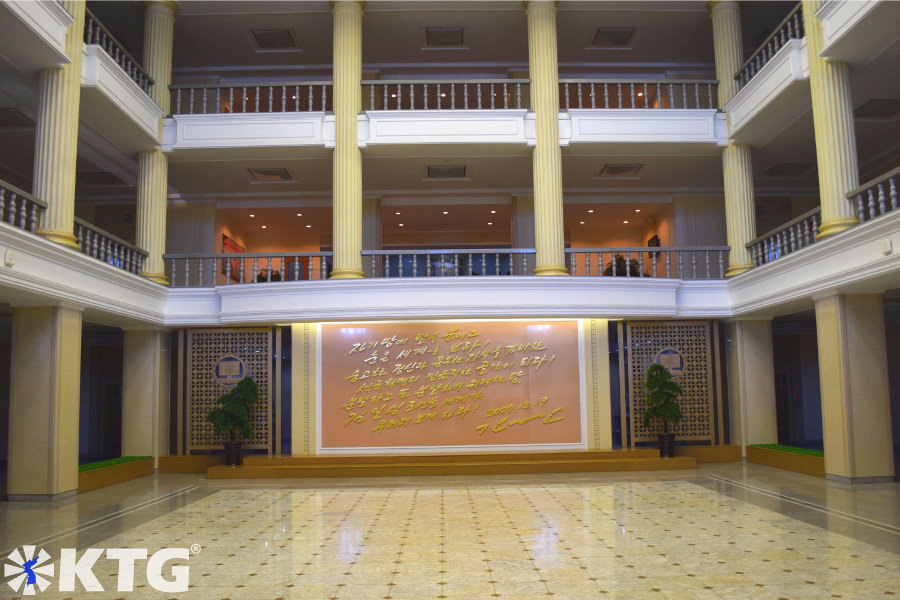 During the Korean War, which took place between 1950 and 1953, it was moved near Pyongsong city, just north of Pyongyang, to a rural area, the now called Paeksongri Revolutionary Site. We always arrange a visit to this site when going to Pyongsong. You can see the students' dorms, canteen, classrooms etc. 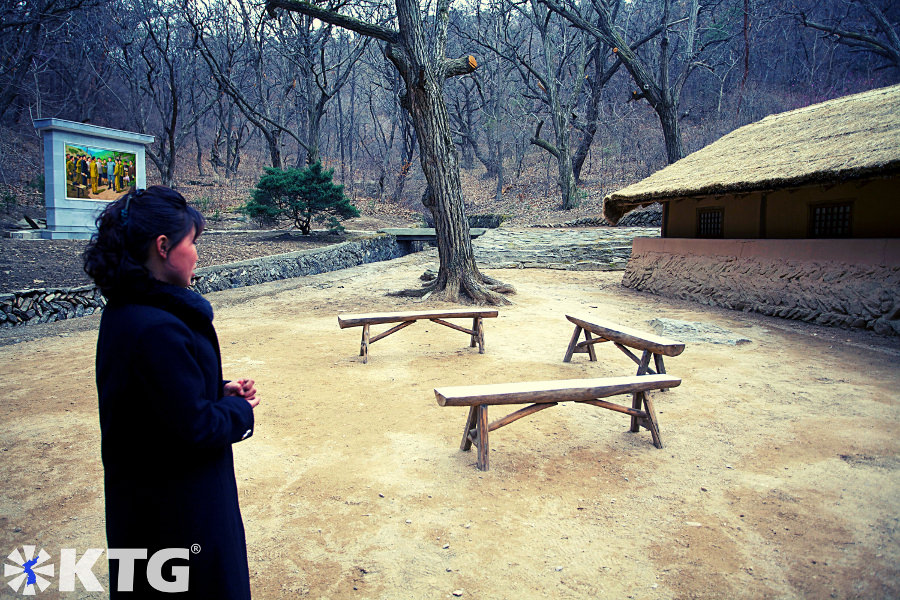 Chairman Kim Jong Il attended Kim Il Sung University, where he published approximately 1800 papers, from 1960 to 1964. His statue was unveiled on 1st October 2013, on the 67th anniversary of the foundation of the university. The pedestal section of the statue has 67 flowers engraved marking this anniversary.

The revolutionary museum has two underground floors and three above. 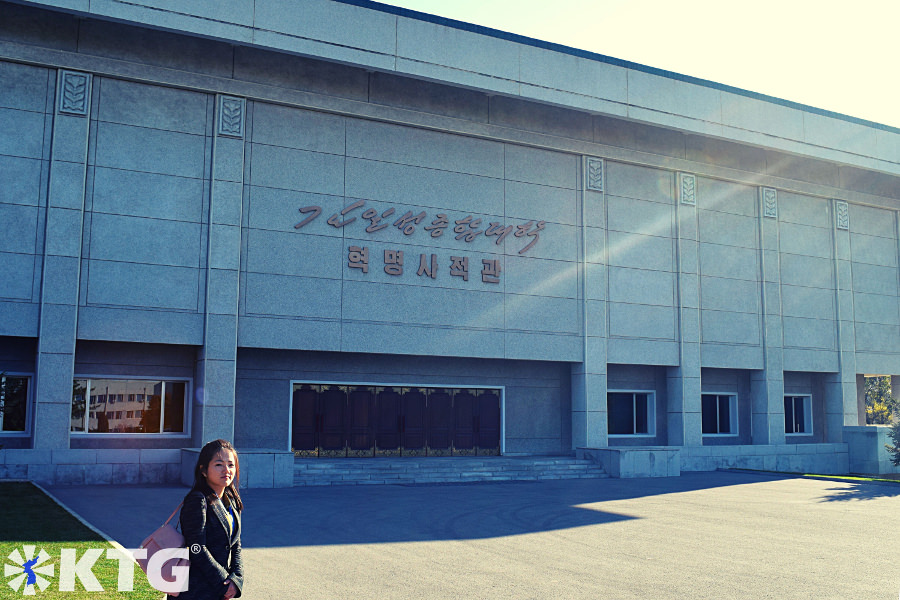 Artefacts showing the achievements of the countries leaders are displayed throughout the 12 exposition rooms and 3 gift rooms in the building. 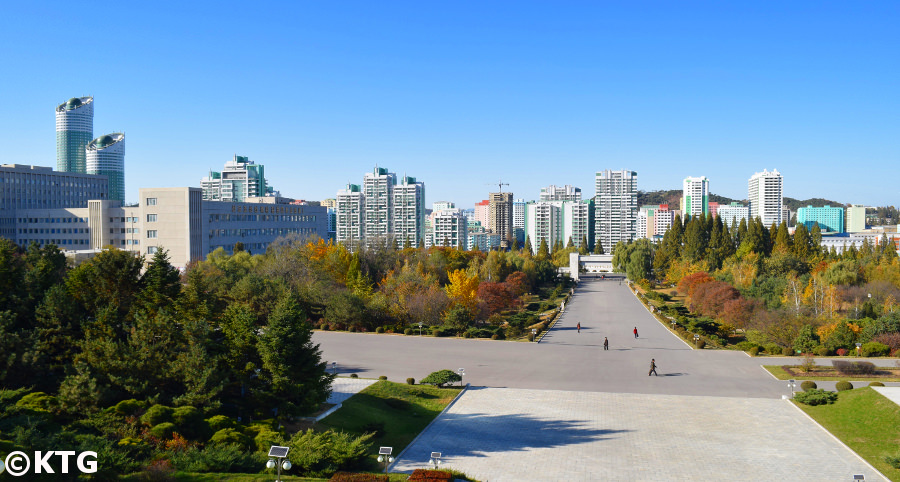 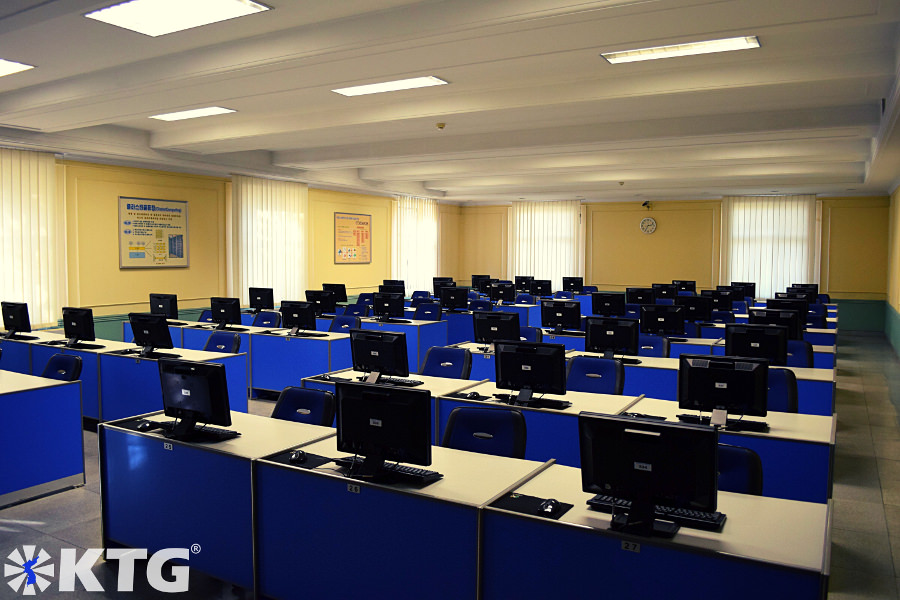 The university boasts an e-library, gym, pool. It has on campus dormitories too as well as a hospital.

The distance education department was opened in 2015 (Juche 104). It started off having 300 students and now has 12,000 pupils. Lessons are provided via the national intranet, all students need is access to the network and electronic card which has their electronic student ID. Classes are given to factories, other universities, colleges and institutes around the country. 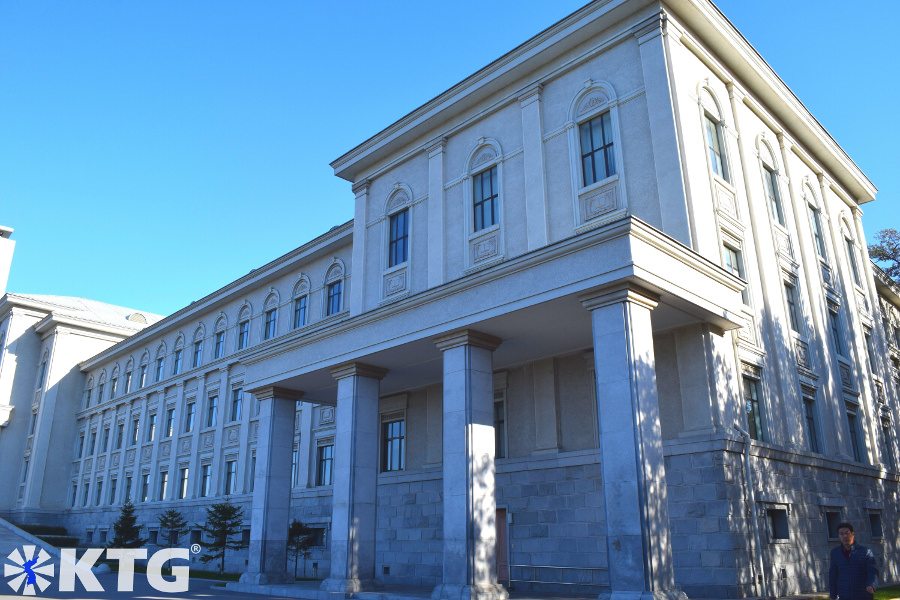 Kim Il Sung University's swimming pool and gym complex was built in 2009. It has three underground floors and two above the ground. It is used by students and teachers. 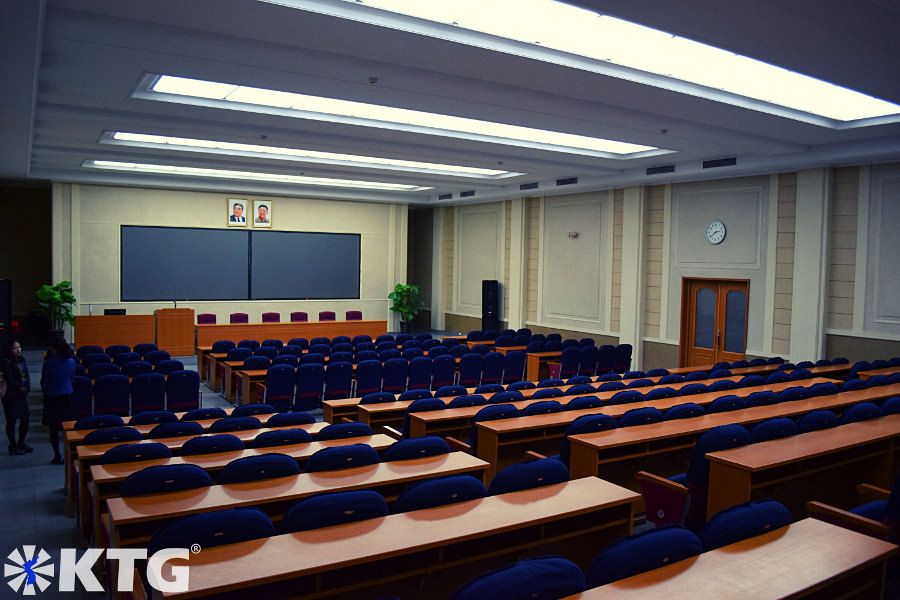 In 2020 a natural history museum was opened at the university. It has 14 different halls and shows life on earth based on different geological periods. 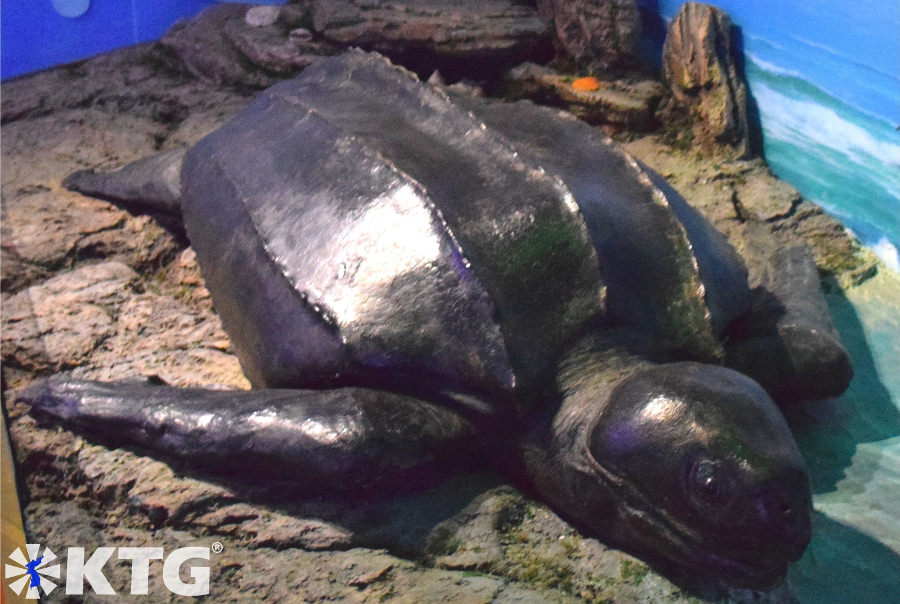 They have over 700 types of plants and mock animals, the highlights being an 40 kg octopus caught on the east coast, a 1600 kg whale shark and a char which lives in Lake Chon in Mt. Paektu, 2753 metres above sea level.

The e-library at Kim Il Sung University was opened in 2010. It has 1000 computers, 16 readling rooms and halls and conference rooms. 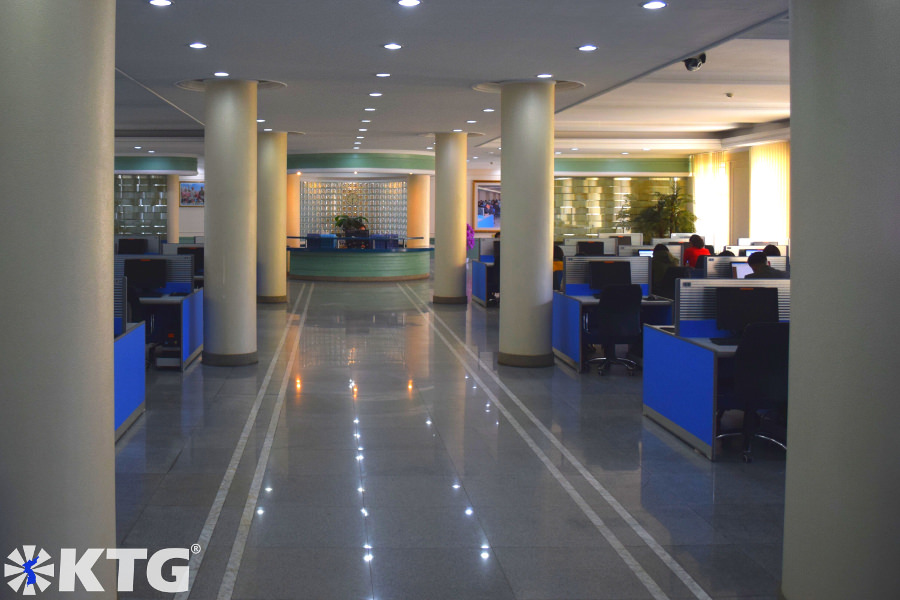 Students can access databases, e-books and online lectures here. The library has too a reading hall and lecture rooms.

Sports events are held on major national anniversaries as is the case with many work units around the country. Being the DPRK's top university, top dignitaries of the country attend these sports matches. 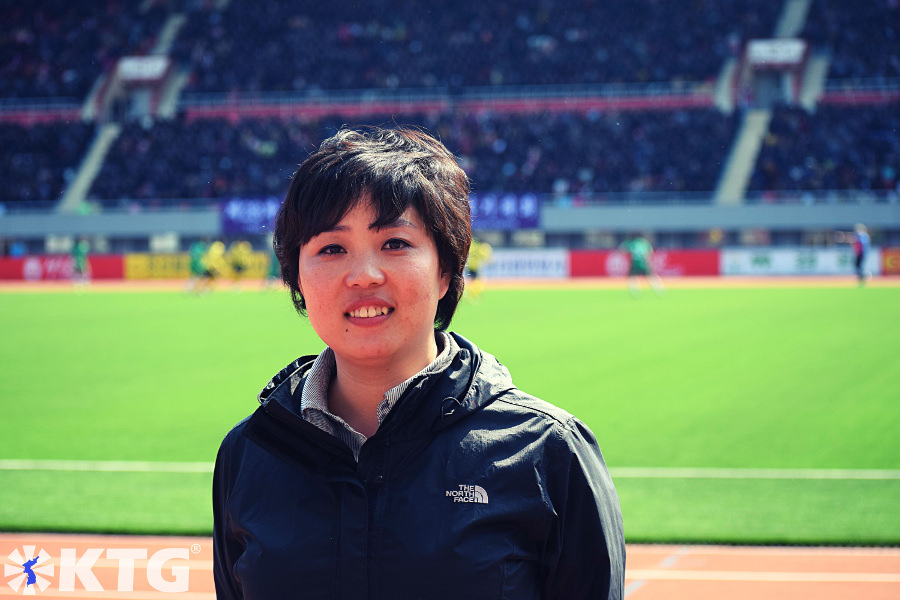 Our good friend and one of our favourite guides in North Korea, Yu Jin Ok, attended Kim Il Sung University

This was opened in 2017 and reflects the importance attached in the DPRK to re-forestation (the DPRK has a tree planting day for instance). This college was set to play a key role in forest restoration campaigns held throughout the country.

You can visit Kim Il Sung University if going on a private trip or a private extension, as we usually do not arrange trips here as part of our group tours. 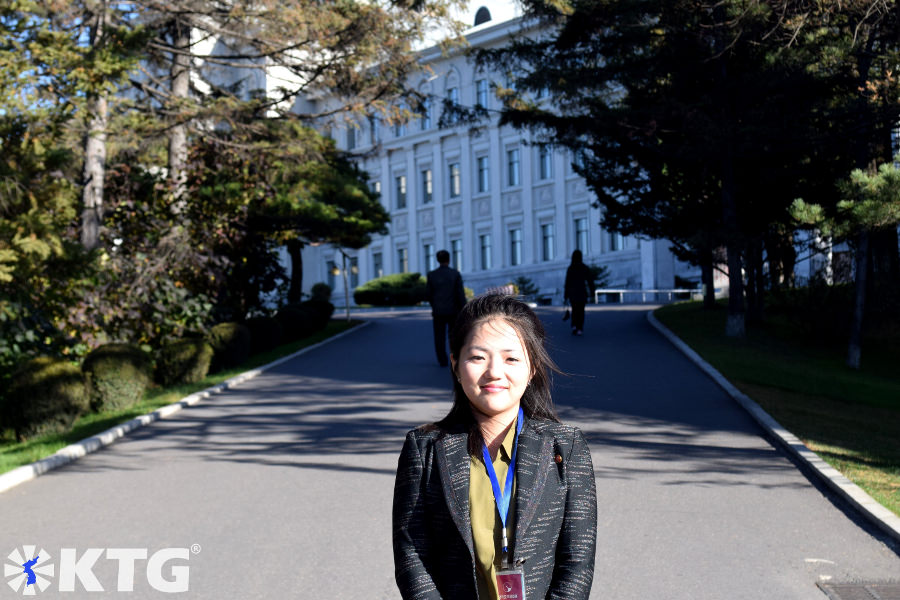 Another of our favourite guides, Kim Sung Mi, at Kim Il Sung University, where she majored in English

Would you like to study in North Korea? KTG run summer language courses in Pyongyang at the Korean Tourism University. We offer Korean language courses and combine them with travel in the afternoons and on weekends.

Please click on our North Korea Travel Guide for a list of more places that can be visited in the DPRK other than Kim Il Sung University.