Well before becoming chairman of the DPRK, a young Kim Jong Il entered the most prestigious university in the DPRK, that named after his father, the founder and Eternal President of DPRK; Kim Il Sung University, in 1960. His degree was in Marxist Political Economy and he minored in subjects such as military science and philosophy.

On July 22 1961 a young Kim Jong Il joined the Worker's Party of Korea (WPK) and started joining his father on his famous "on the spot guidance tours" where visits to farms, production lines, etc were made and where employees were encouraged to increase production and given advice on how to work more efficiently. A lot of the DPRK media shows the leaders on their guidance tours and this is the case today too with the current Leader of the DPRK, Marshall Kim Jong Eun. 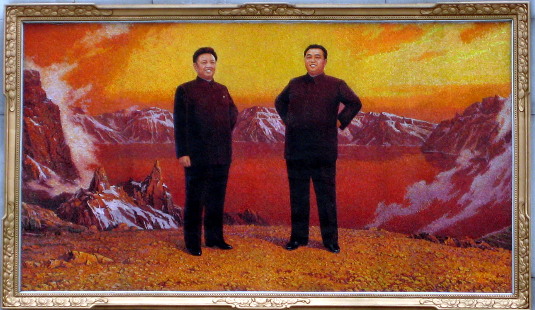