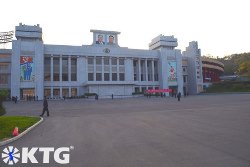 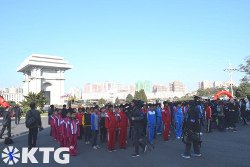 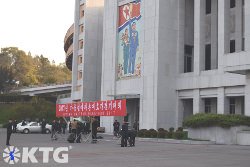 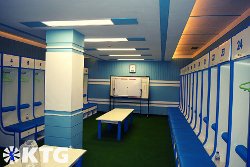 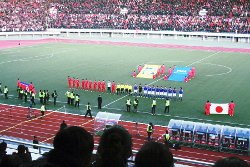 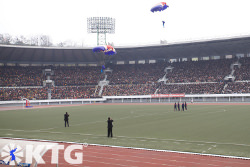 What's it like to be to be in Kim Il Sung Stadium with 40,000 people cheering you on before you hit the streets of Pyongyang?

Kim Il Sung Stadium is nestled in Moran Park, across from the Arch of Triumph, in the central district of Pyongyang. 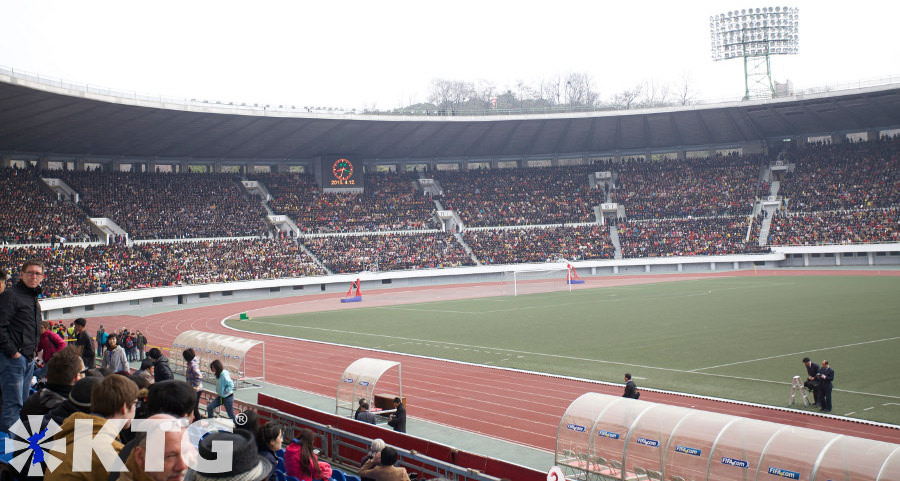 Other close by landmarks are the Mansudae Grand Monuments and Chollima Statue. 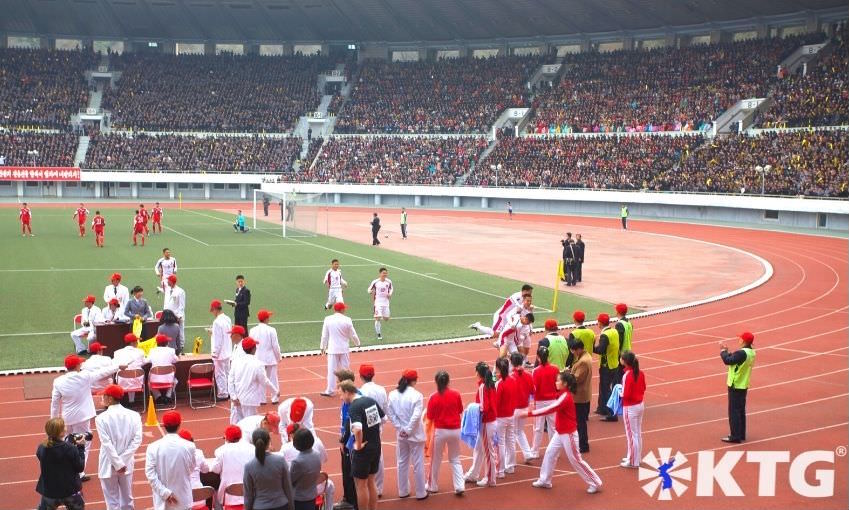 You can see a video taken from the top of the Arch of Triumph with views of Kim Il Sung Stadium below:

The stadium is located where President Kim Il Sung made a triumphal speech after he returned back to Pyongyang when Korea was liberated from Japanese colonial rule. 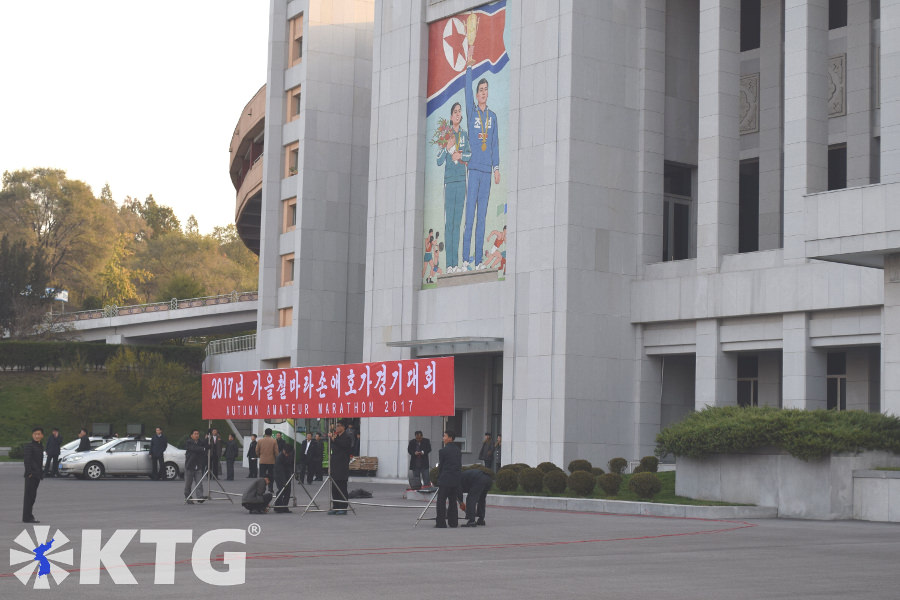 The place back then was called the Pyongyang Public Playground. It was eventually reconstructed and had seats fitted in the late 1960s and called Moranbong Stadium. In 1982 (Juche 71), the year of the 70th anniversary of the birth of President Kim Il Sung, it was turned into a full fledged stadium and renamed Kim Il Sung Stadium. 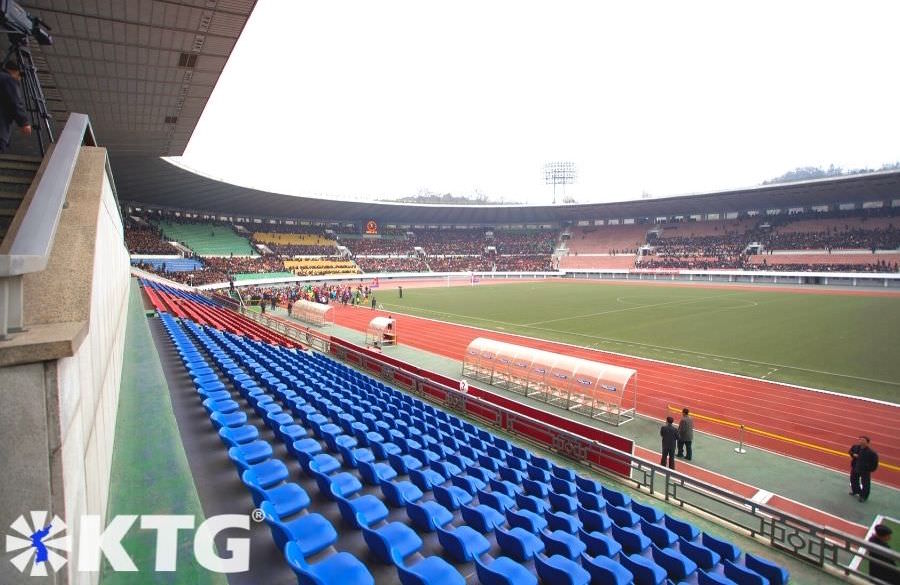 The stadium underwent renovation in 2016, in fact the Pyongyang Marathon was held in the May Day Rungrado Stadium that year because of renovations taking place at Kim Il Sung Stadium.

Kim Il Sung Stadium has capacity for 40,000 spectators. Apart from the football pitch it has sections for basketball, table tennis, volleyball, tennis and of course track and field. The stadium is used for the DPRK's FIFA football (soccer) games and has a press conference room, doping test room, medical facilities room, etc. 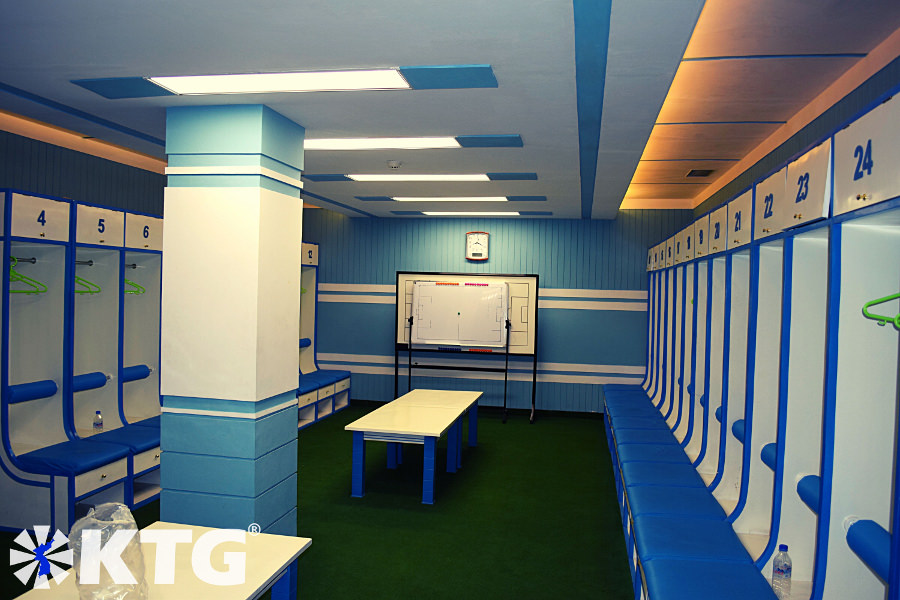 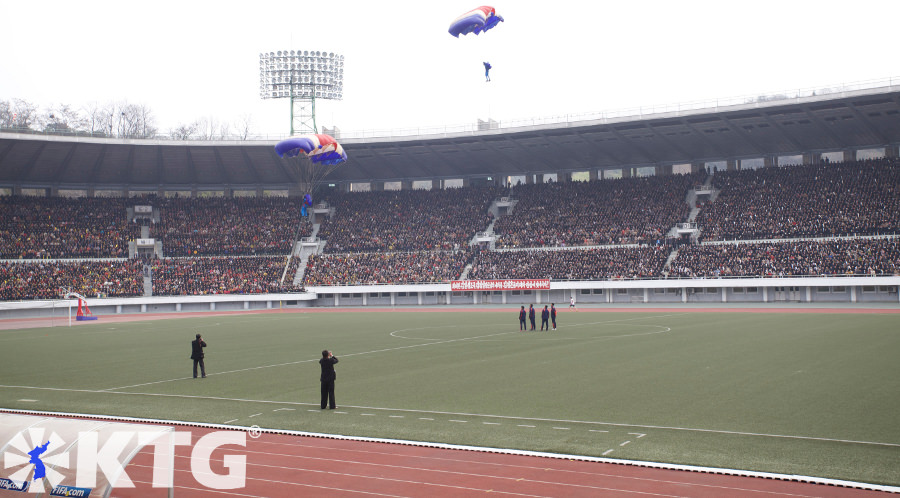 Kim Il Sung Stadium is used for the DPRK's international football matches as well as for important domestic games. Over the years we have been able to arrange for travellers to see different matches, including the DPRK men's and women's national squads as well as local football clubs. 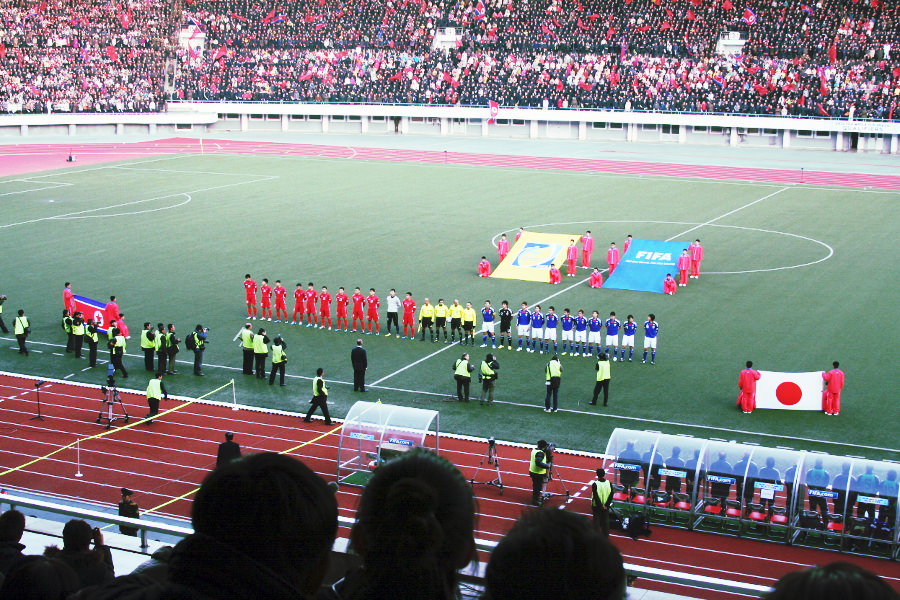 A highlight match we've been able to see was the 2014 World Cup qualifying match between the DPRK and Japan held on 15th November 2011. The DPRK had no options of qualifying but Japan were, and are, considered strong rivals given their horrific history in Korea. 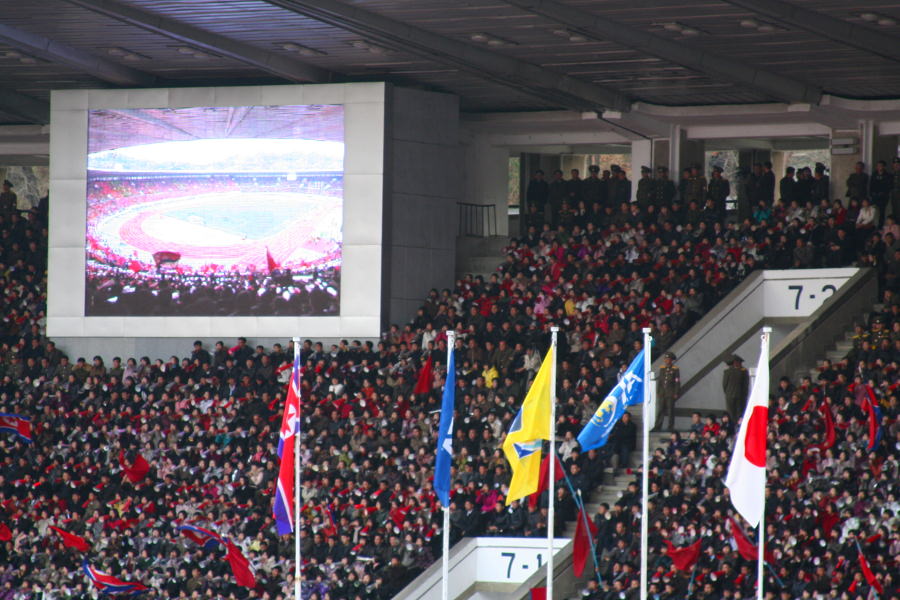 We flew to Pyongyang the day before the match and bumped into the Japanese national team at the airport. They had apparently been there several hours.

On match day expectations were high and the stadium was full. Four of the DPRK players were actually Japanese-born Koreans. 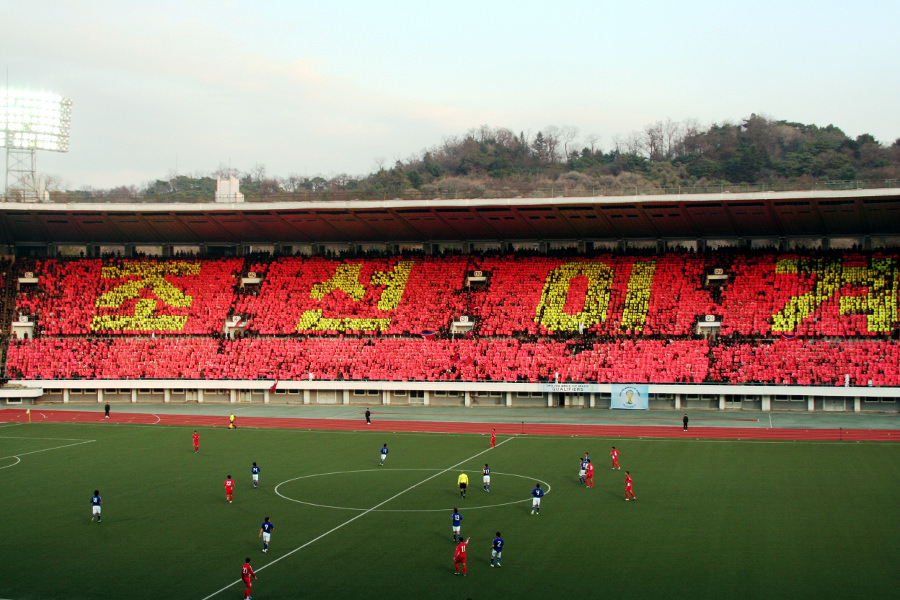 Foreign media gave the DPRK hardly any chances; Japan ranked #1 in Asia and 17th in the world whereas the DPRK ranked 124th.

The match was intense to say the least. The DPRK had most of the chances in the first half and finally managed to net a header at the beginning of the second half. With about 10 minutes to go, a Korean player was sent off. Japan started to dominate the game, their chances became more frequent and clearer. 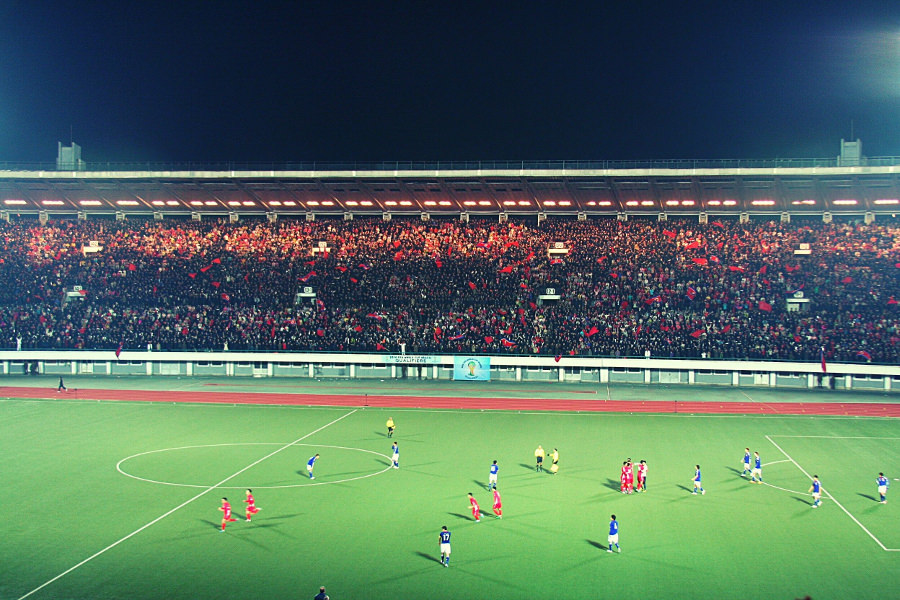 Goal! The DPRK national squad celebrate a goal against Japan in a World Cup qualifying match

The Japanese scored a goal, but to their dismay and to everyone's relief, the player who assisted was offside and the goal was disallowed. 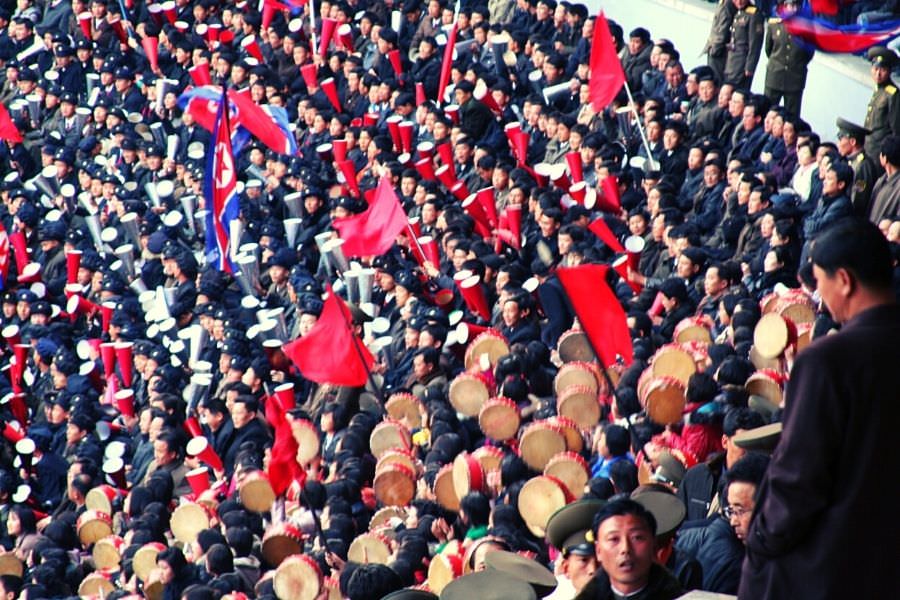 Stoppage time went on for a nerve-racking 5 minutes and there was pure joy at Kim Il Sung stadium when the referee finally blew his whistle to end the match. Exultant, the North Korean players ran around the stadium with the DPRK flag, greeting the fans as 40,000 Koreans euphorically cheered them on. 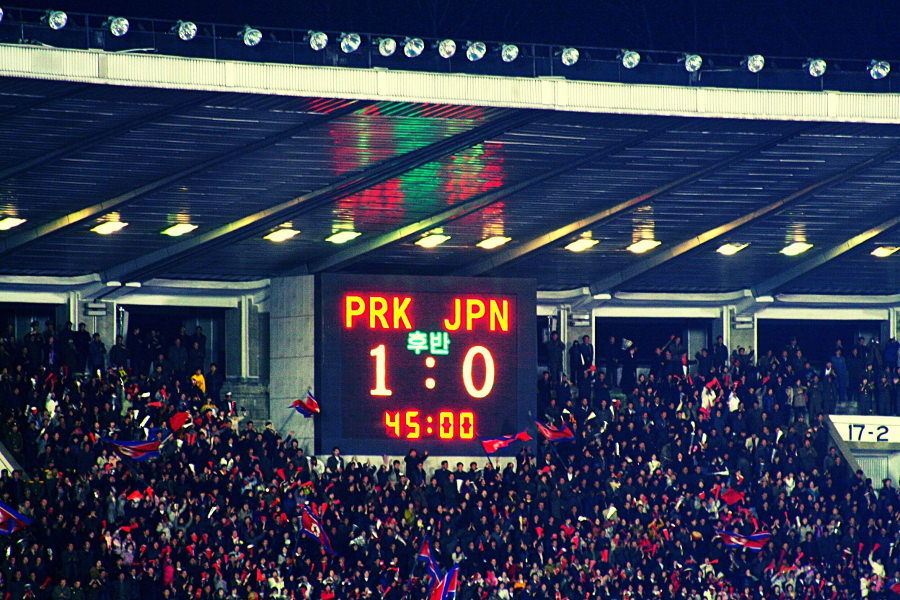 You can read our full match report here.

The stadium is also used for the annual Pyongyang Marathon. It is a truly amazing experience to walk around the stadium's tracks, cheered on by 40,000 Koreans, before running through the streets of Pyongyang. You actually start the marathon from Kim Il Sung stadium and run your final lap back in the stadium.

And what if you do not run the marathon? Well, staying at the stadium watching a football match and any other shows that may be held with 40,000 locals is well worth it! And do not just take our word for it, check our video below to have an idea!

Mexican waves, goals, parachutists, marathon runners and planes - this video has it all!

Would you like to see what Kim Il Sung Stadium is like inside? Why not go on a private tour or join one of our Pyongyang Marathon tours? 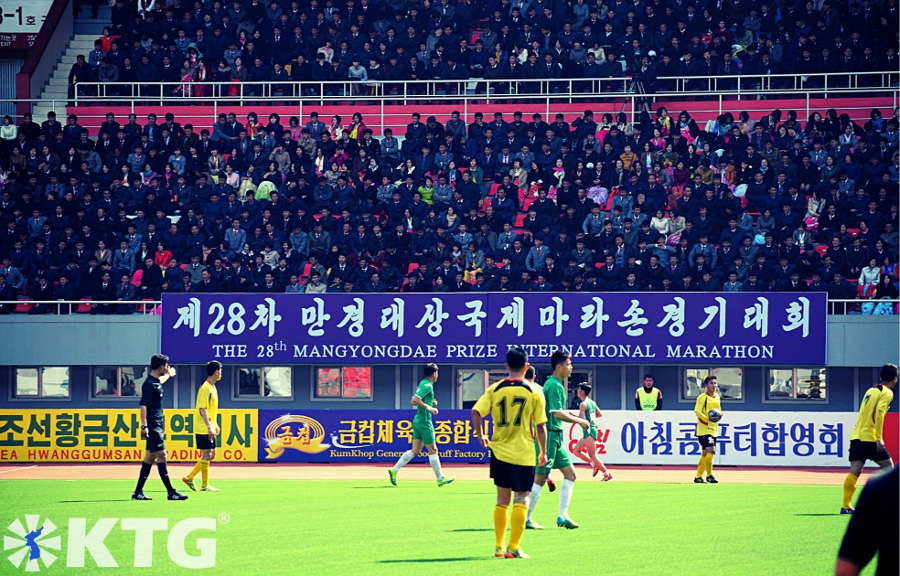 As for the Autumn Marathon, the opening ceremony for this is held just outside Kim Il Sung Stadium. The race also starts and ends outside, not inside the stadium itself. 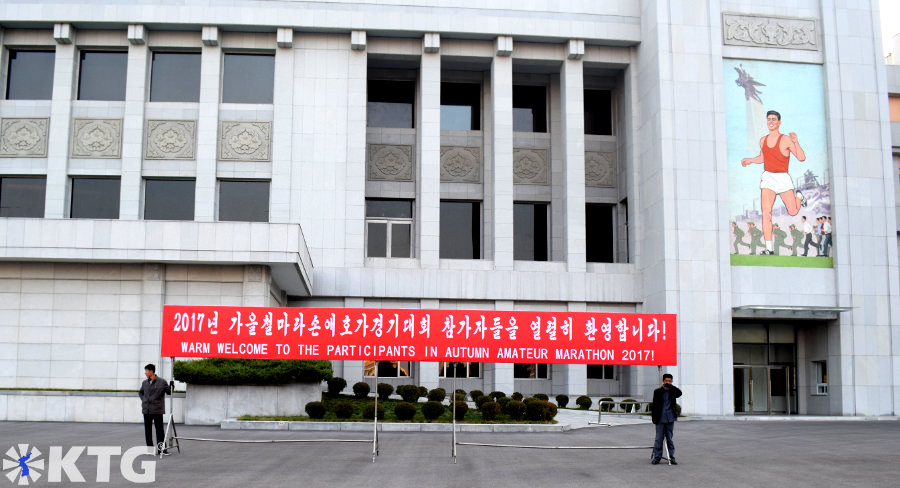 The main advantage of the Pyongyang Autumn Marathon is that there aren't that many foreigners in the country then, unlike during the Spring Marathon when things can be quite hectic. 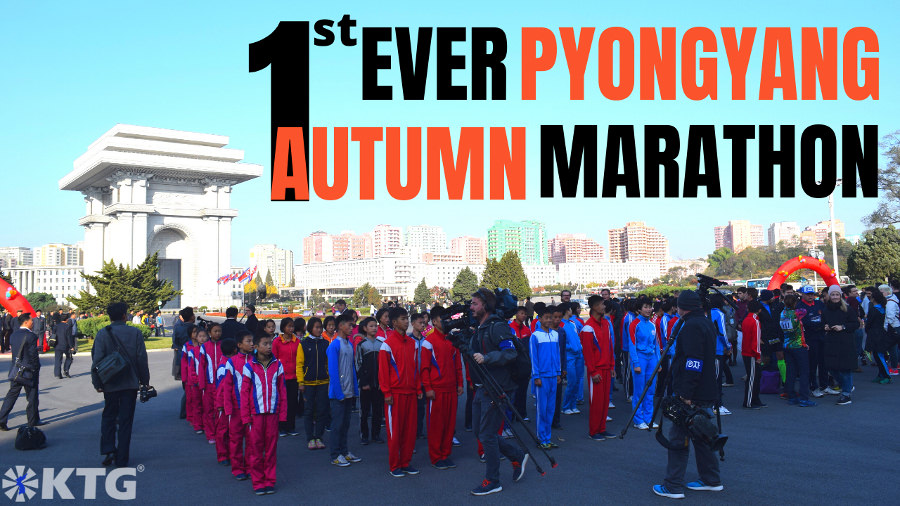 Check the video of the first ever Pyongyang Autumn Marathon below:

Please click on our North Korea Travel Guide for a list of more places that can be visited in the DPRK other than Kim Il Sung Stadium.