People place flowers here at the foot of the bronze gigantic Mansudae statues in respect to the Great Leaders as they are referred to in DPRK; President Kim Il Sung and Chairman Kim Jong Il, before bowing in line. There are figures of people representing the struggle against the Japanese and the Korean War on both sides of the monuments.

There are over 200 sculptural figures which are on average 5 metres high and stretch for 200 meters. Behind the imposing figures of President Kim Il Sung and Chairman Kim Jong Il is a mosaic figure of Paekdu Mountain, known as being the origin of the Korean people.

The group of soldiers on both side represent the struggle against Japan (on the right hand side of the monuments) and the US (on the left).

The building behind is the Korean Revolution Museum which has no less than 4.5 km of total display length! In 2012 the staute of Chairman Kim Jong Il was added and modifications were made too President Kim Il Sung's statue. Above is the original statue of President Kim Il Sung. Below is an updated image of the Mansudae Grand Monuments.

We took this short clip the year the new monuments were unveiled in 2012. The statue of the Chairman Kim Jong Il now shows him wearing a different jacket.

The short Youtube video below was shot in 2010. There was only one statue then, that of the leader President Kim Il Sung, which is different to the current statue.

Mansudae Monuments on a National Holiday 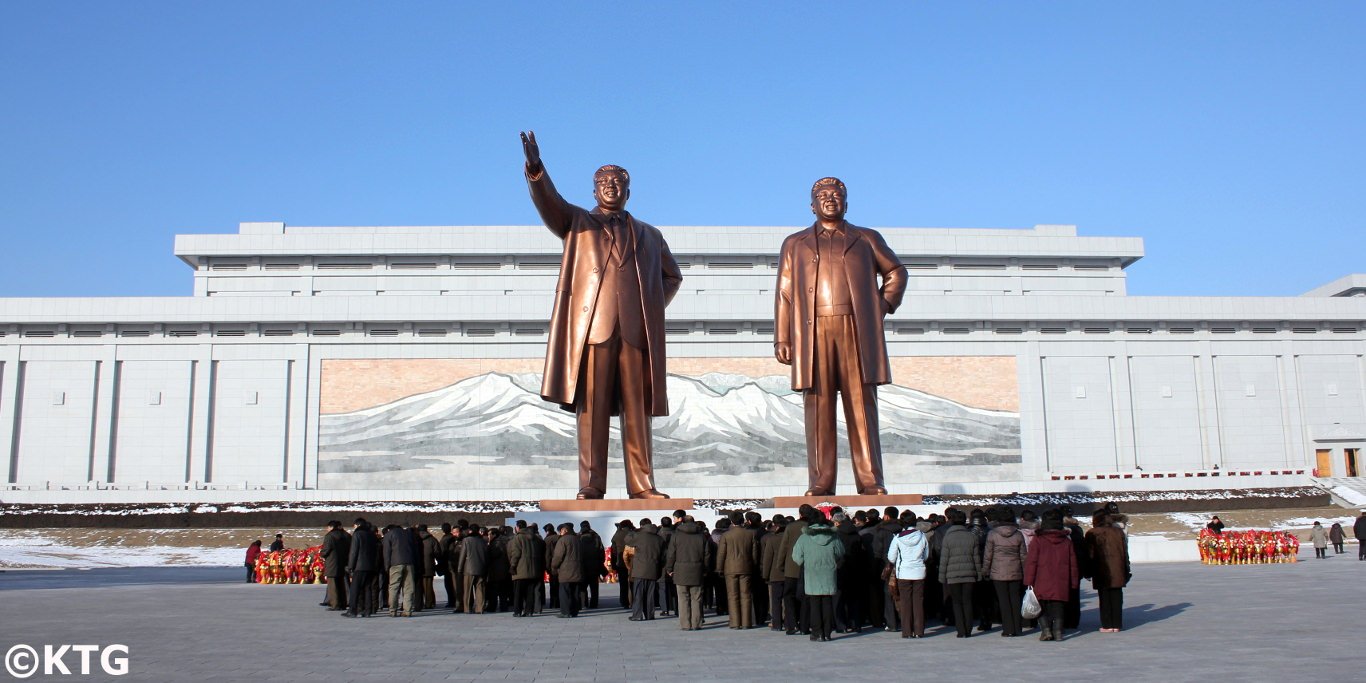 Picture taken on December 24th. December 24th is a National Holiday on occasion of the Birthday of Kim Jong Suk (mother of Chairman Kim Jong Il and wife of President Kim Il Sung) referred to as Mother Kim Jong Suk in the DPRK. Traditionally tours have not be run during the coldest winter days though now trips can be arranged during December and early January as well as the rest of the year.

Please click here to see what other places you will be able to visit on one of our North Korea Tours. The places you will see are not limited to those listed on our website.