Below is some basic information about the population size and structure of North Korea, life expectancy, religions, etc.

Interesting Facts about the Population of North Korea

What % of the world lives in North Korea

How does North Korea rank in the world in terms of population?

How many people will there be in the DPRK in 2050? 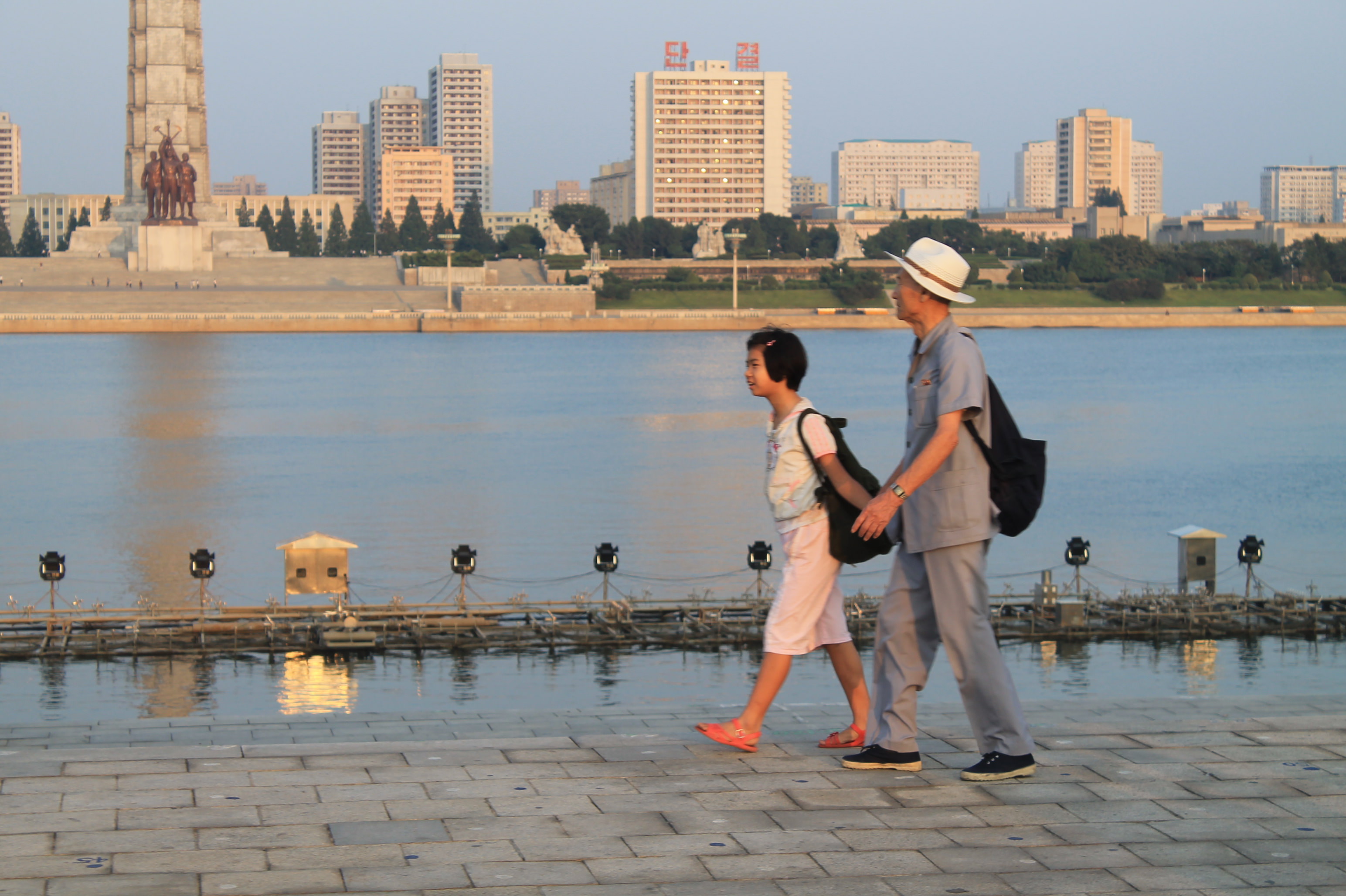 Evening stroll by the Taedong River, Pyongyang. You can see part of the Juche Tower in the background

Religions: mainly atheist state though it is officially stated that there are Catholics, Protestants, Buddhists, and Chondokyo ("religion of the Heavenly Way", prominent in the 1800s) groups.

Population of North Korea by City

You can check in our map below where most of the cities listed above are.

Please click here to go from our Population of North Korea section to our Facts and Figures page.