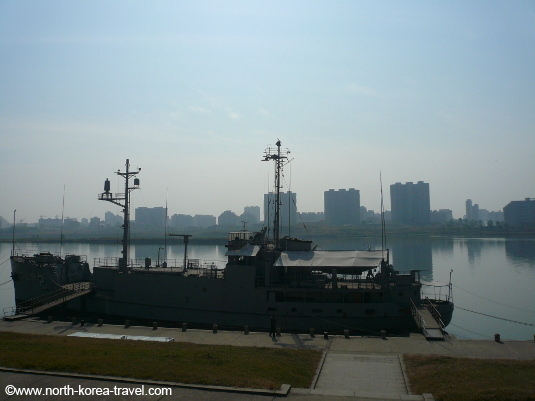 USS Pueblo Pyongyang shown along the Taedong River before being moved to the new Korean War Museum although it was originally harboured at the port in Wonsan on the east coast of the DPRK. Wonsan had been heavily attacked by the US and UN forces during the Korean War which may explain why, according to the accounts of the USS Pueblo crew, the reception they had by the people in Wonsan was far from friendly. In the image above North Korean soldiers walk by the captured vessel.

Please click on our North Korea Tours section to go from the USS Pueblo Pyongyang page to a list of other areas you will be able to see while visiting North Korea.