Sinchon is a county level town in South Hwanghae Province, the capital of which is Haeju, in North Korea. We currently arrange visits here for our independent trips.

Driving here is interesting as you will be able to see a small county in the DPRK. The main site here is the US War Atrocities Museum which explains the war crimes the DPRK claims that the US committed during the Korean War.

The museum was built on 26 March 1958 (officially the year Juche 47 in North Korea) and is not only used for tourism purposes, but also educational ones. Upon arrival we are greeted by a local guide who will explain to you the war crimes committed. You will then be taken into the main museum building which has several floors showing paintings and pictures portraying the crimes committed as well as the equipment used.

Over 35,000 Koreans were reportedly killed in the fall of 1950, at the beginning of the Korean War, over a period of just 52 days, an amount that accounted for 25% of the county’s population then.

Warning: Please note that the portrayals are very graphic which is why we have just included the banner picture above. The gentleman in the picture is from Sinchon himself and actually explains to us how his parents were killed during this period. 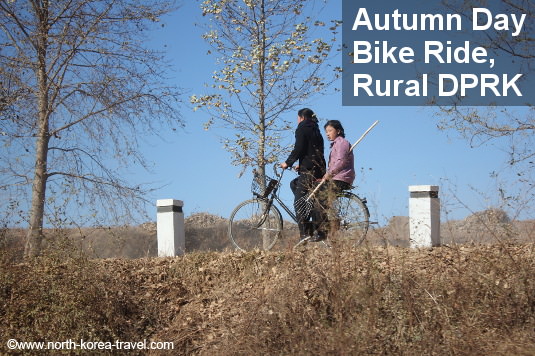 The museum also has a bomb shelter where mothers and children were killed as well as a grave site.

At the end of the tour the museum’s manager will discuss with travellers what it is they think of the museum and the acts committed by the Americans. You will be handed a note book where you can read the impressions of other travellers and write down your own if you wish. The theme of the Korean War is vividly remembered in the DPRK and constantly present. The Korean War Museum in Pyongyang shows too North Korean’s version of the Korean War. When we go to Panmunjom we will too be explained the DPRK’s vision of the War and will in fact be able to share our opinions with a Korean People’s Army soldier as we will be escorted by one (he will join us on our bus/coach) and then shown around the DMZ.

We usually arrange a trip to Sinchon after or before a visit to the capital of this province, Haeju.

Please click on our DPRK places of interest page to see what other areas you will be able to visit other than Sinchon on one of our North Korea Tours.