The Concrete Wall - a Symbol of Conflict and Division

About a 50 minute drive away, 27 km east of the city of Kaesong in a remote quiet location just by the no-man’s land that divides the two Koreas lies a North Korean military post where a Korean People’s Army Officer awaits us. 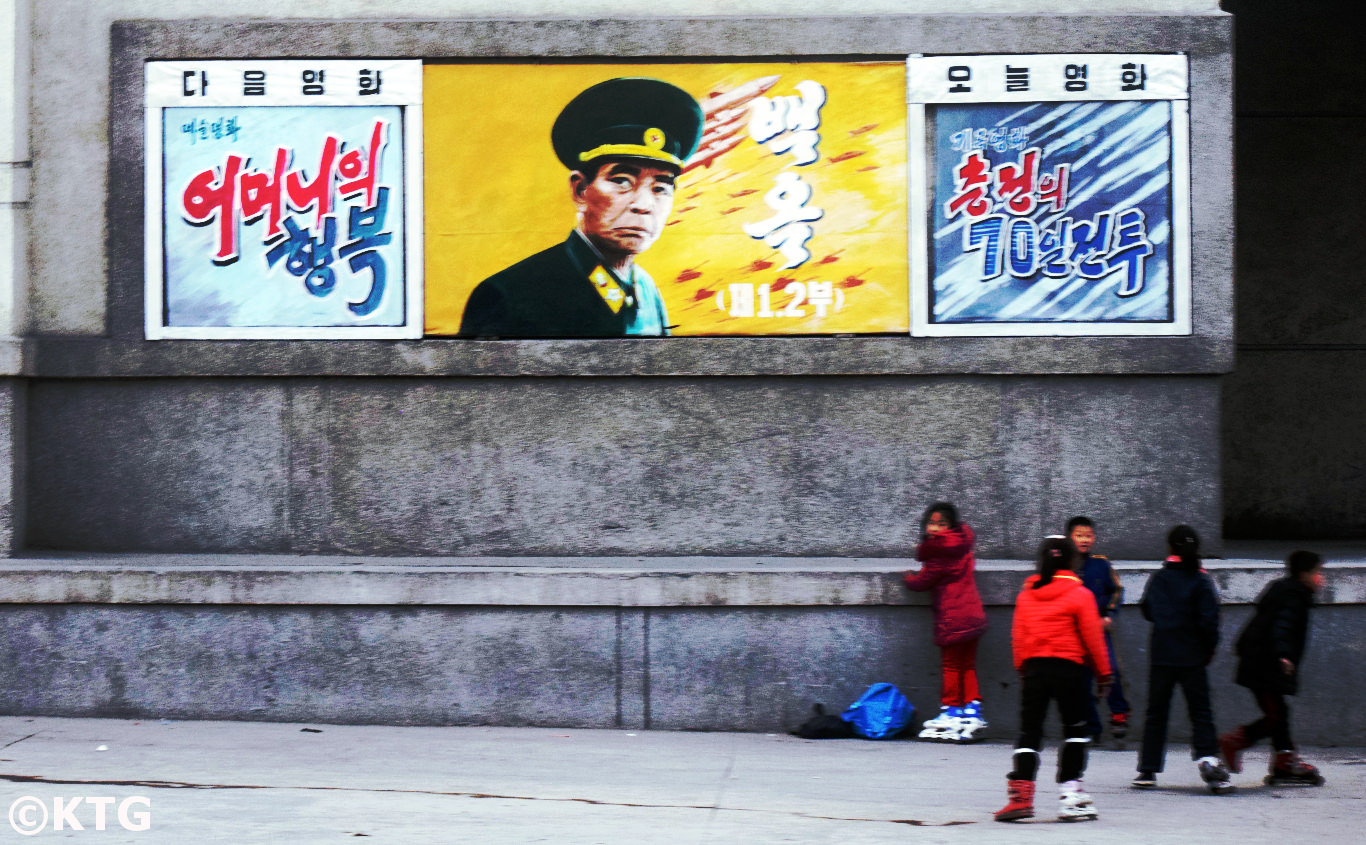 The Concrete Wall is a tangible symbol of the sad division of Korea. The DPRK claims that South Korea built a wall that stretches cuts through the Korean Peninsula and shows their intention of keeping a divided Korea.

As opposed to the DMZ which is pretty much a must-see spot for anyone travelling to DPRK, the Concrete Wall is not visited as much.

We start from Kaesong city and head out east through the countryside and small villages. The road is narrow and bumpy but you do get a feeling of seeing what life is like in remoter rural areas of North Korea. If not on duty at the post, we sometimes pick up the Workers’ People Army Officer who will explain to us everything related to the wall in Kaesong city and he joins us for the almost one hour long ride. 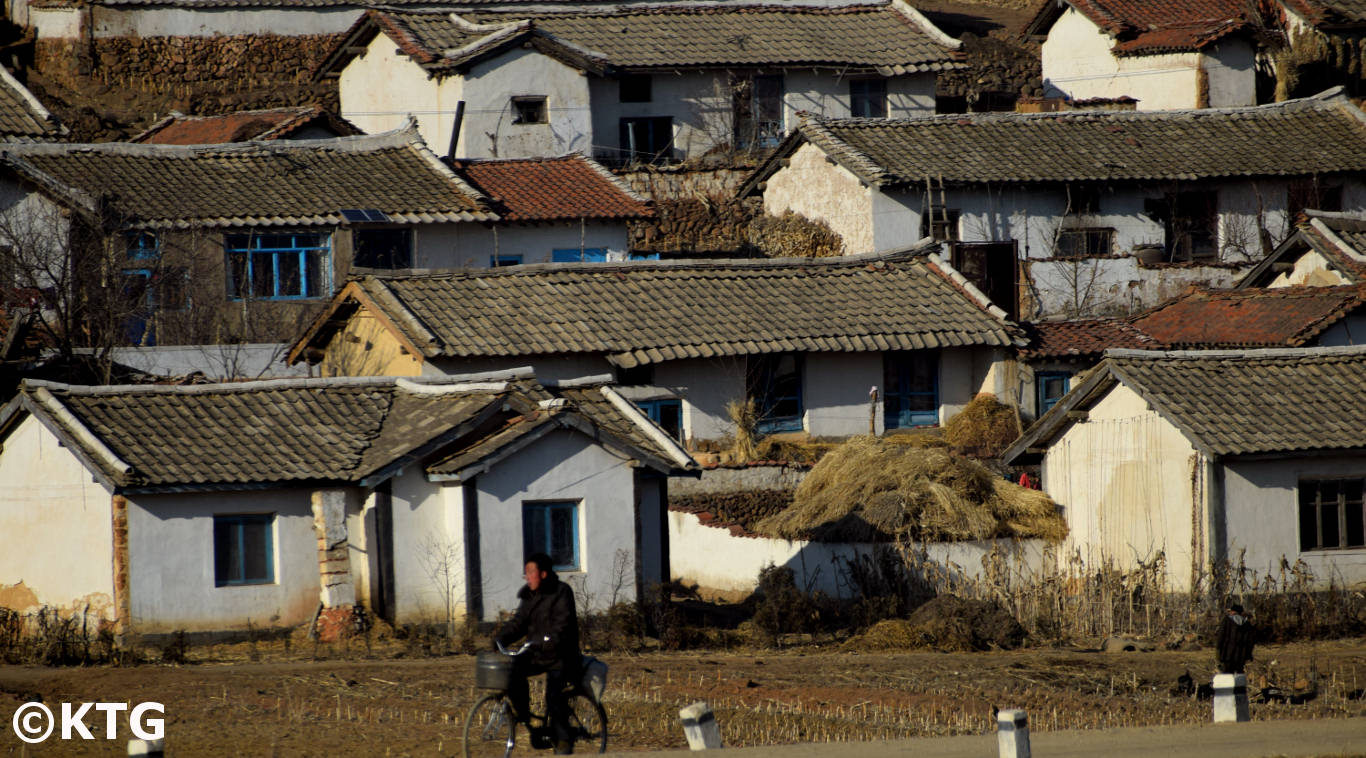 You’ll notice soldiers outside on the way saluting him as we drive by. It is also common to see locals gaze at us astonishingly as the sight of foreigners here is very rare to say the least.

Once we arrive at the post we will head up a trench footpath into the lecture room and this is where the explanation begins. There will also be young soldiers guarding the post and it is not uncommon to see them shyly and excitedly greet us as we arrive. 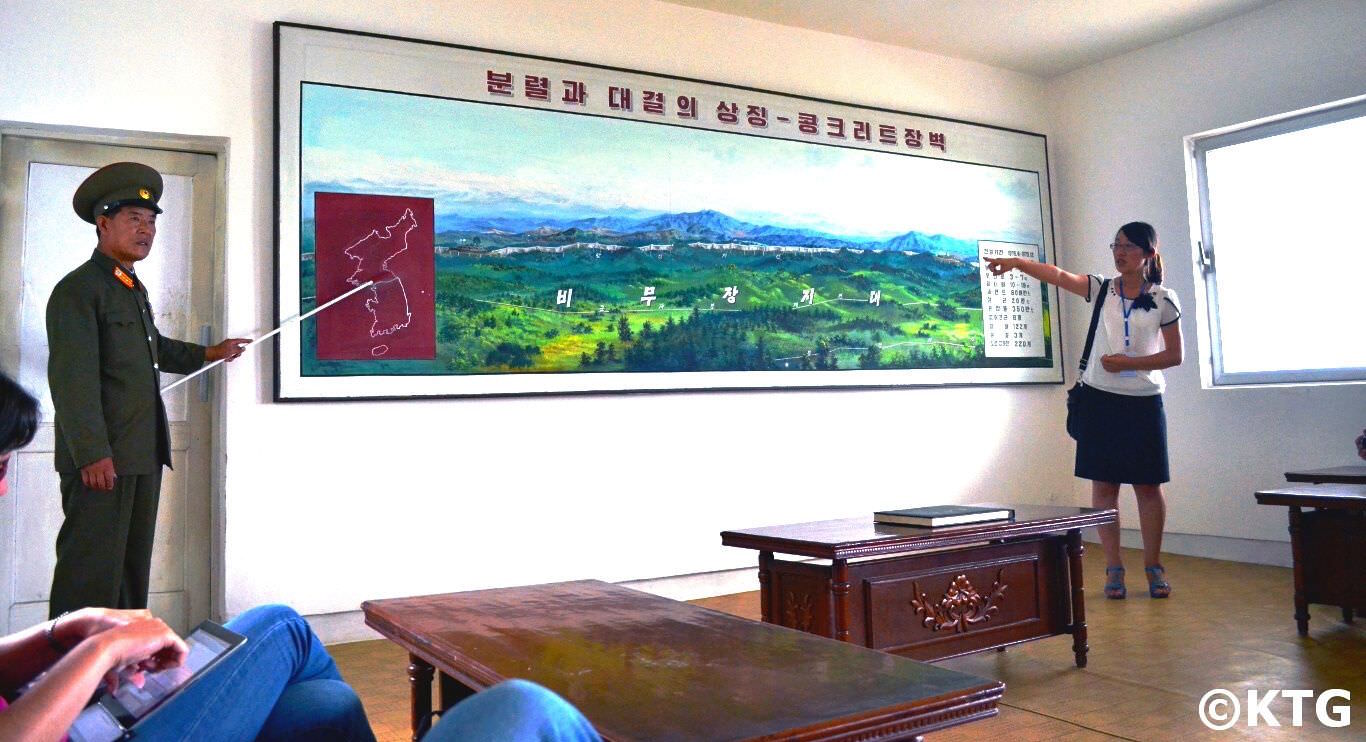 The WPA Officer will warmly welcome us and ask to take a seat as he explains what it is we are about to see in South Korea. Our guide translates.

The KPA Officer will explain that the Concrete Wall was built by South Korea from 1977 to 1979 along the DMZ, stretching for over 240 km. 800 thousand tonnes of concrete and 200 thousand tonnes of steel spent with the sole intent of keeping Korea divided and aiming to rid the peninsula of any hope of reunification. The shape of the wall is that of a trapezium, measuring up to 8 meters in height at some areas and having a width of up to 7 meters at the top and 19 meters at the base. 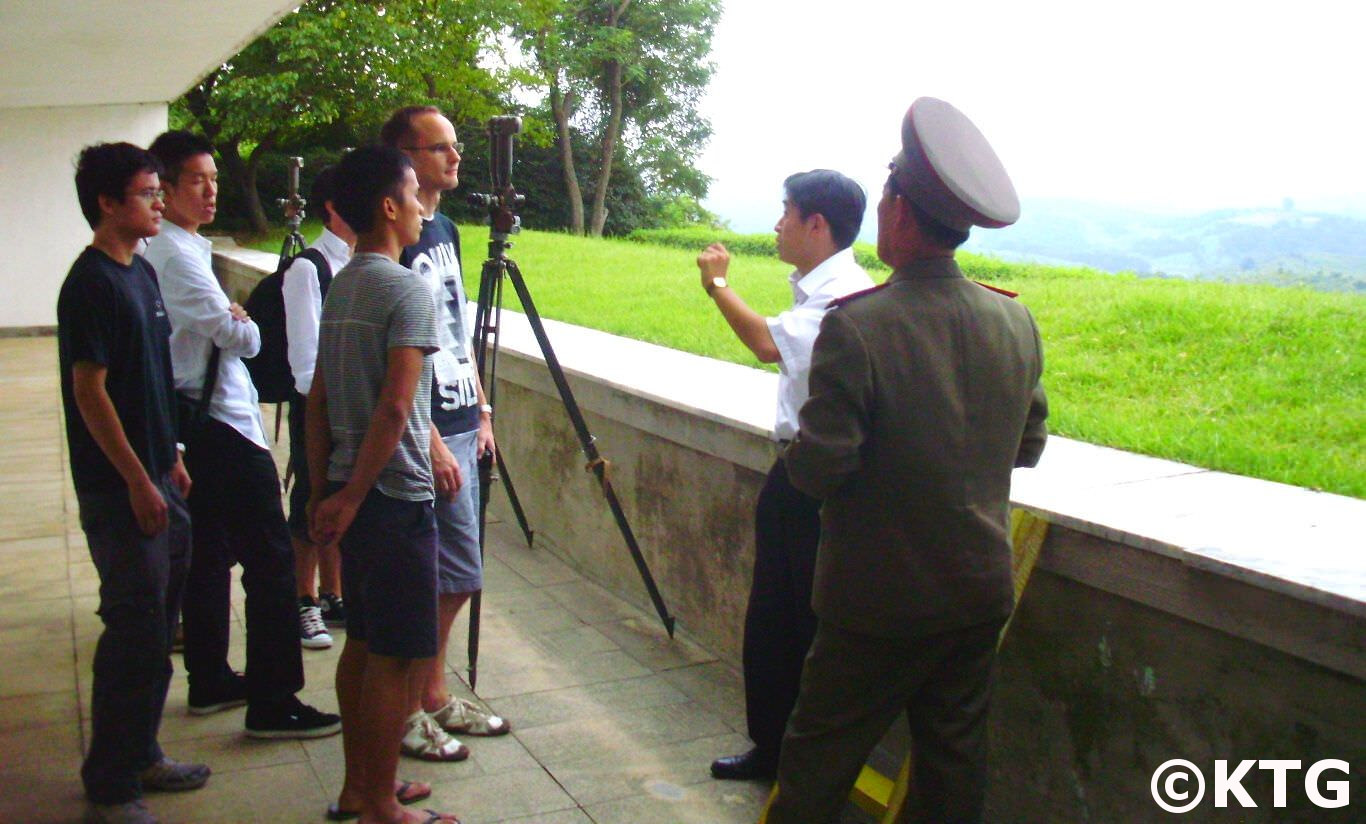 After his explanation and answering any questions we may have we walk out of the lecture room and head out to the viewing platform. 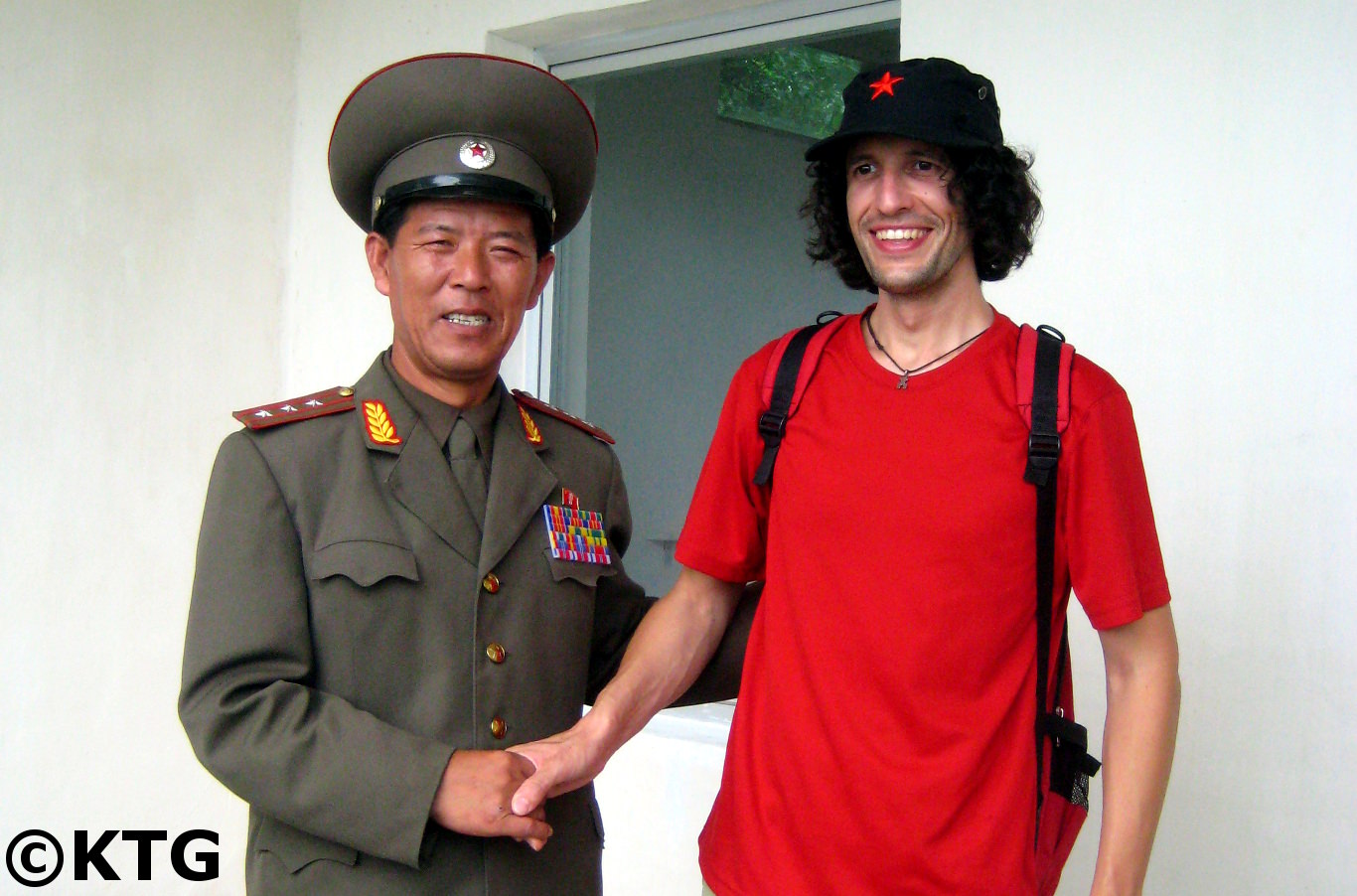 Here several long distance binoculars are set up for you to have a glimpse of where the concrete wall allegedly is. 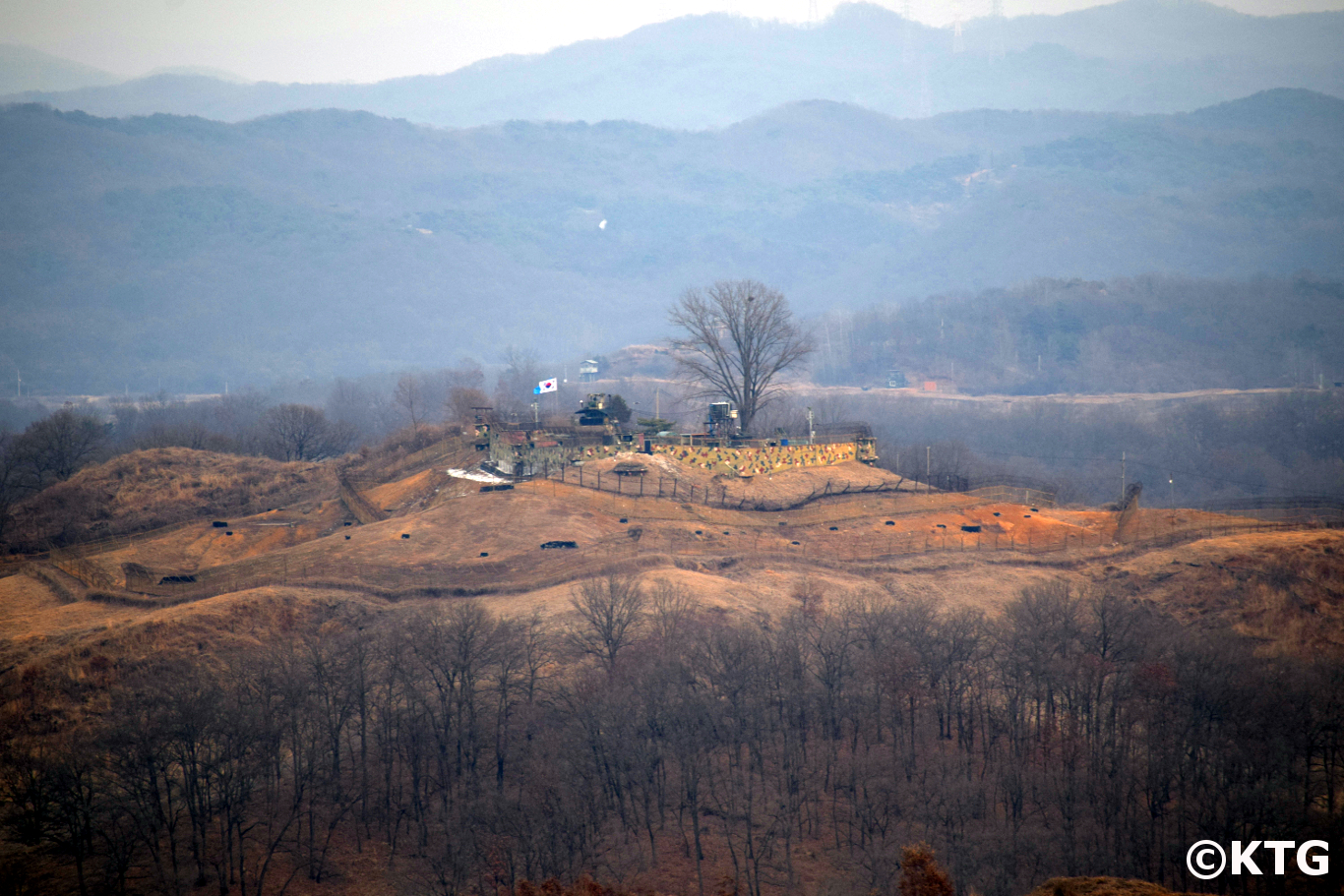 Gazing across the DMZ you will be able to clearly see South Korean military posts, the UN and South Korean flags fluttering in the wind. In between lies the DMZ; a 4 km wide no-man’s land that has been untouched by humans for almost 7 decades, left to nature and, paradoxically, in any area to symbolises conflict and division has become a safe heaven for local flora and fauna. 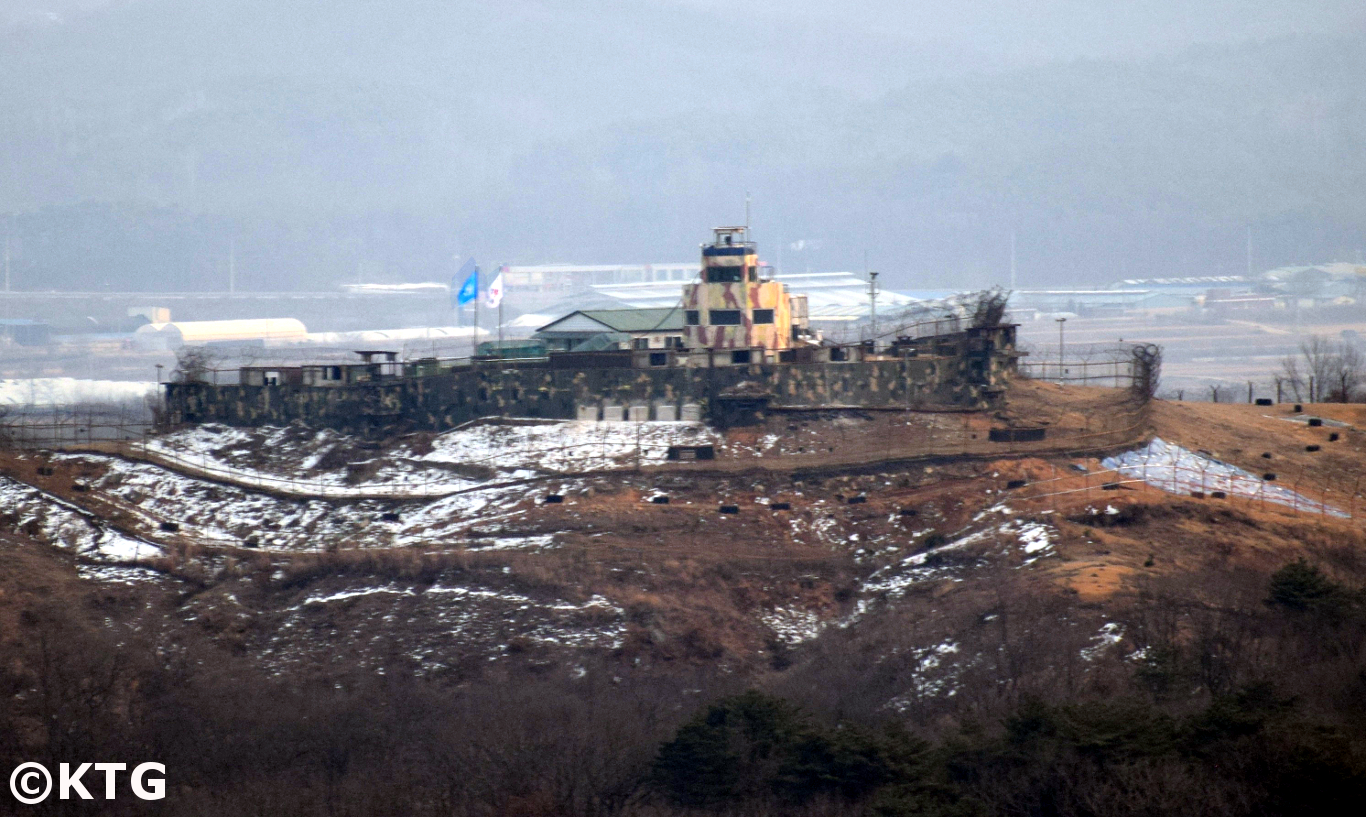 As for the wall itself, if the day is clear you can at some points spot a pattern on the South Korean side that does resemble the structure of a wall meandering around the trees. South Korea denies having such wall and say that they have tank traps, though they deny that they cover the whole distance of the DMZ. Coming here is an interesting experience though we have had travellers leave with perhaps more questions than when they first arrived. 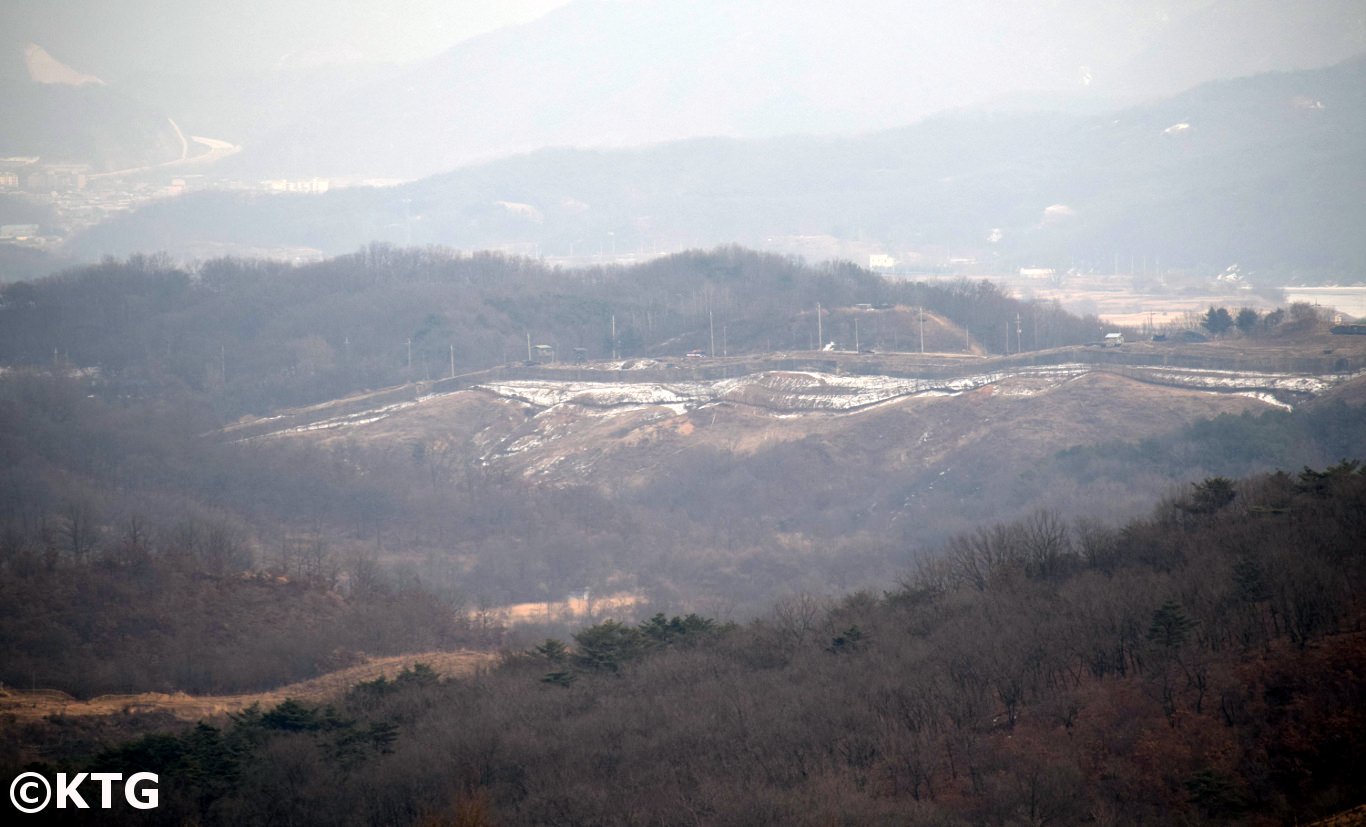 Interesting - we can sometimes hear Kpop music blasting from South Korean loudspeakers directed at the North. Like at the DMZ, your mobile phone might pick-up a signal from the South; so close but at the same time worlds apart.

Useful - if you have spare packs of cigarettes the officer will definitely appreciate it!