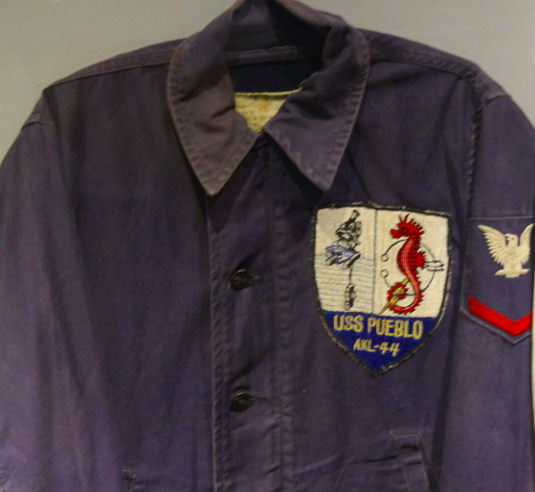 Image of the clothes worn by the USS Pueblo crew before being captured in the DPRK. Whilst in North Korea, the Pueblo crew members were kept in two compunds; one being in Pyongyang and the other one in its rural outskirts. The ship was docked at Wonsan, and crew members transferred to the capital. The crew was led by Commander Lloyd M. Bucher who received a recommendation for a Courts Martial upon returning to the US, though never found guilty and continued his career until retirement.

Please click on our North Korea Tours section to go from the USS Pueblo Crew page to a list of other areas you will be able to see while visiting North Korea.