Longjing is located in Yanbian, China. If you would like to explore a city in the Korean autonomous prefecture of Yanbian (Jilin province) where the impact of being in a Korean speaking part of China is arguably stronger than in Yanji, then you may want to hop on a bus from Yanji to Longjing (龙井 in Chinese, 룡정 in Korean). 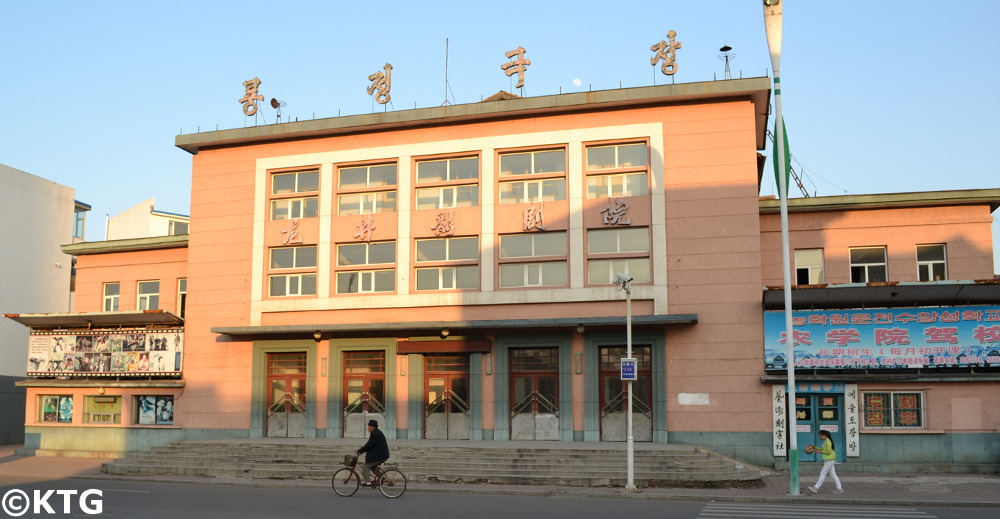 The bus ride to Longjing, literally meaning Dragon Well, only takes about 20 minutes, but the contrast with Yanji is obvious. In spite of being a city of around 250,000 people, it is seemingly much smaller than Yanji. One of the most surprising differences is the amount of ethnic Korean Chinese that live in Longjing. When walking on the street the amount of people speaking choson mal is even higher than that in Yanji. 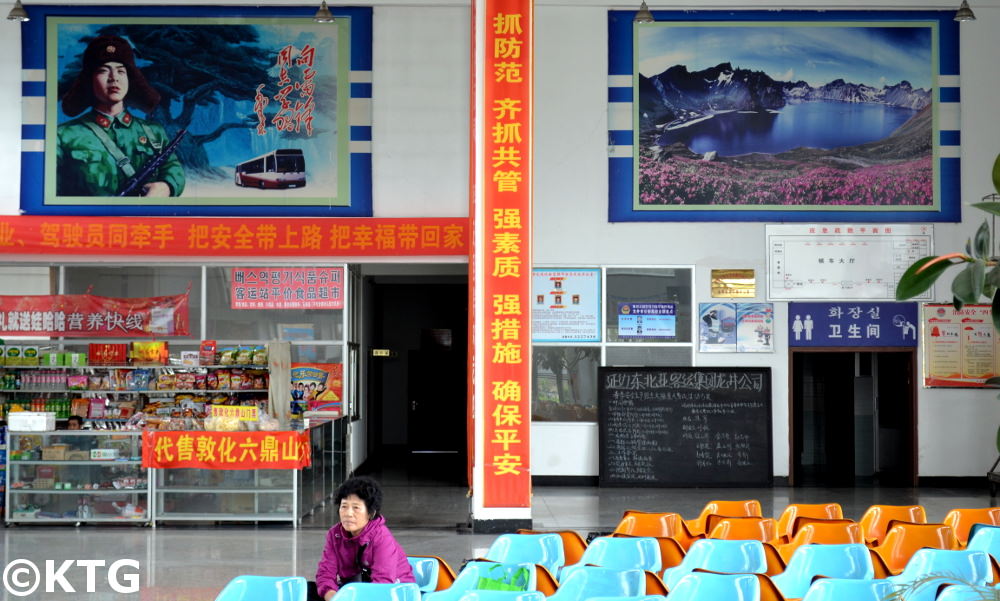 Image of Chinese national iconic hero, Leifeng, and of Mount Paekdu, a place of great importance for all ethnic Koreans

What is there to do in Longjing? 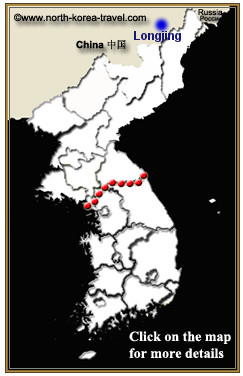 We recommend walking around the city and exploring the pedestrian road, marked with typical Korean gates and leading to the city’s hallmark; a metal dragon. The city’s other major attraction, in terms of sites, is the city well. No coincidence that these match the city name; Dragon Well.

Some may argue that the local architecture does have certain resemblance to that of North Korean cities; wide roads, squared buildings and there is even a giant mural painting that very much looks like the KimIlsungia flower. There is definitely an air to it of a previous time in China, one that one would associate with the comrade days of the 1950s to 1970s (whether it is because of the odd factory chimneys you can see, the green trains that stop by or the architecture of some of its buildings) and it is inevitable to notice a much more laid back atmosphere than that of other Chinese cities.

There are several coffee shops in Longjing, something not be expected in a typical Chinese city of its size, but there again is an influence of people migrating to South Korea and re-investing in the Yanbian region. The most popular coffee shop is Hands Coffee, a chain of coffee stores opened by former Yanbian University of Science & Technology students that boasts outlets all over Yanbian including a major shop just across from DPRK in the city of Tumen.

If you would like to go to Longing you can get a coach from Dongbeiya （东北亚）bus station. The ride is only 5.5 Chinese Yuan (RMB) and definitely something we recommend if you plan on staying in Yanbian  for a few days. Please contact us if you may need us to help arrange your transportation and/or accommodation in Yanbian. Longjing also serves a stop to go to nearby villages that allow you have close-up views of North Korea. 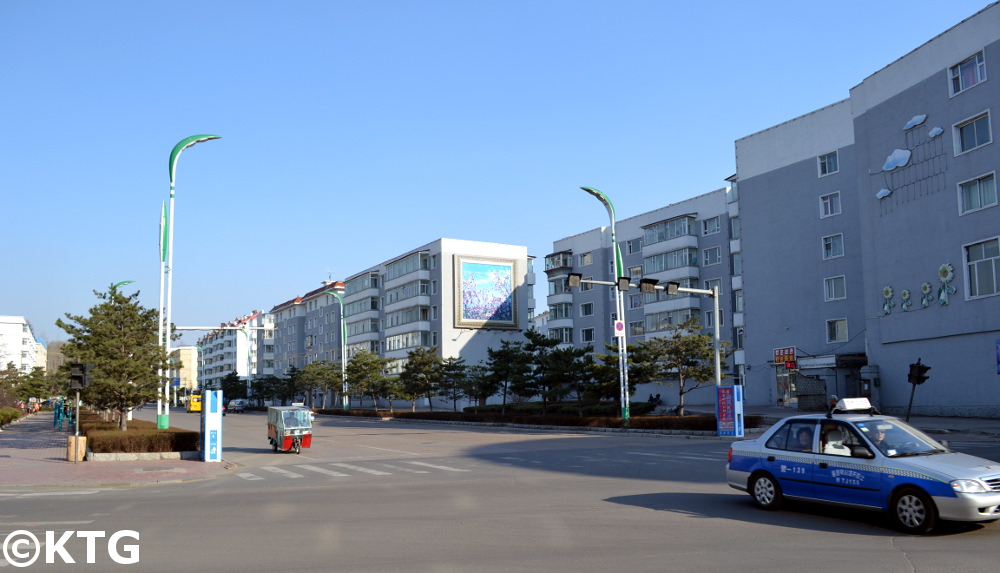 Interesting! Meaning Dragon Well, Longjing is relatively close to the city of Hoeryong in the DPRK, the birthplace of DPRK Heroine Comrade Kim Jong Suk, mother of General Kim Jong Il and wife of President Kim Il Sung. She is also referred to as Mother Kim Jong Suk in the DPRK and know for fighting the Japanese. Although Longjing is smalle than Yanji, it has a larger percentage of ethnic Korean Chinese.

Click on our Yanji page to go from our Longjing Yanbian China page to see information on other cities in this fascinating corner of China bordering North Korea and Russia.
index-column.html
© Copyright 2008-2022 www.north-Korea-travel.com. All Rights Reserved.
KTG ® is a Registered Trademark.