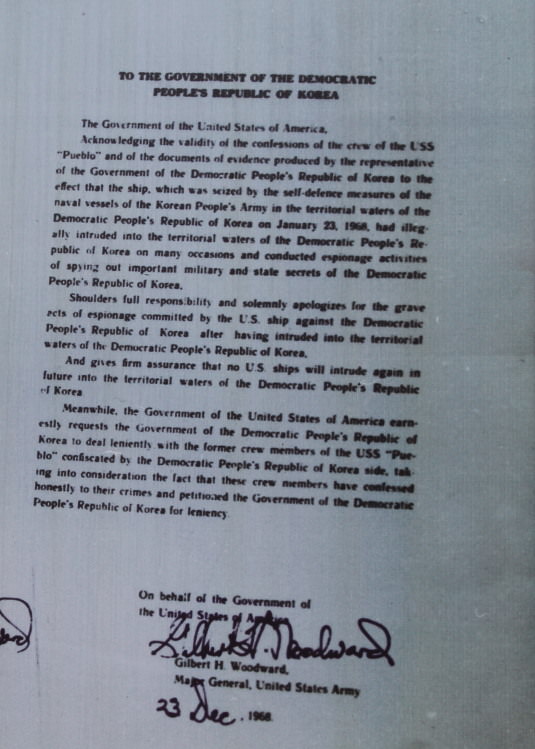 The "USS Pueblo Incident" was finally resolved after 11 months, when the US agreed to apologise for having intruded DPRK waters. Above is a copy of the letter of apology made by the US to the DPRK where they guarantee never to spy on the DPRK again. Once the crew members crossed the DMZ into South Korea together with the body of the soldier killed in the shooting, the US government verbally retracted its apology and assurance of never spying on the DPRK in the future. This letter is shown in the ship and there is too a Korean version.

Please click on our North Korea Tours section to go from the USS Pueblo Incident page to a list of other areas you will be able to see while visiting North Korea.