Soviet Simple Outside, Barroque Extravagent Inside 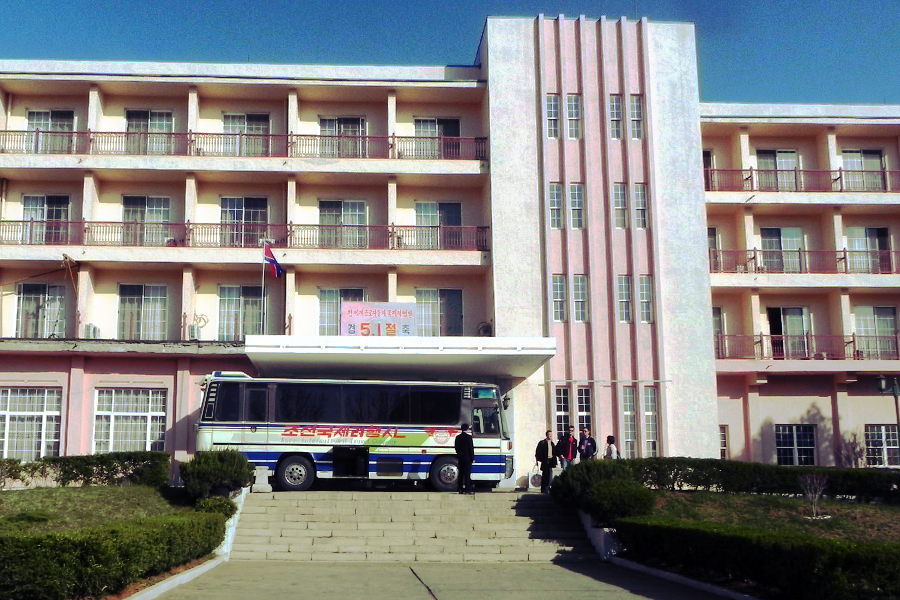 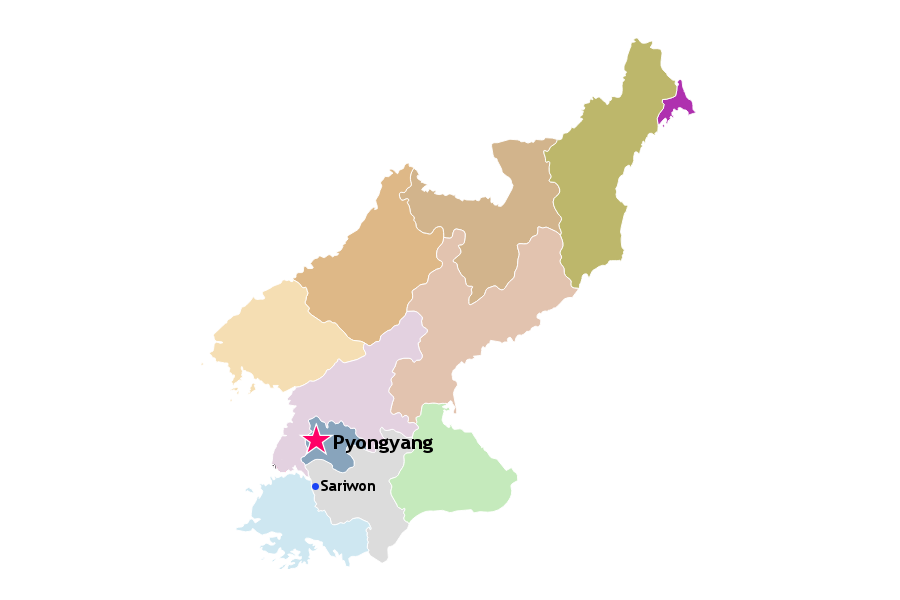 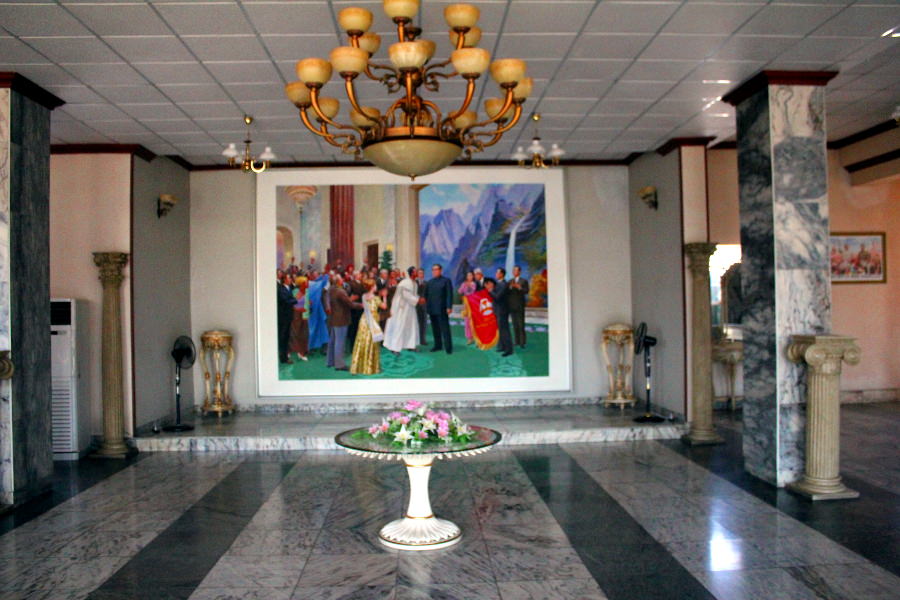 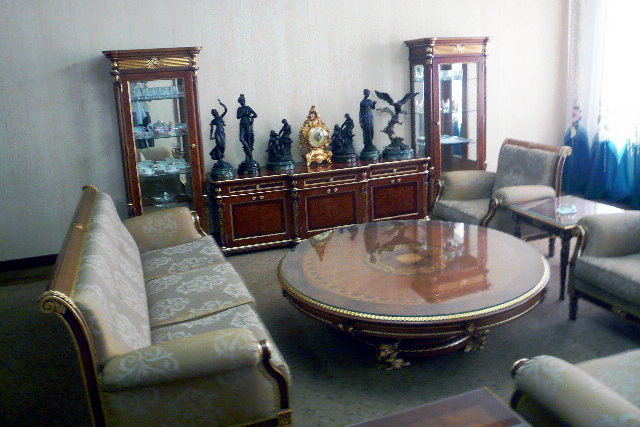 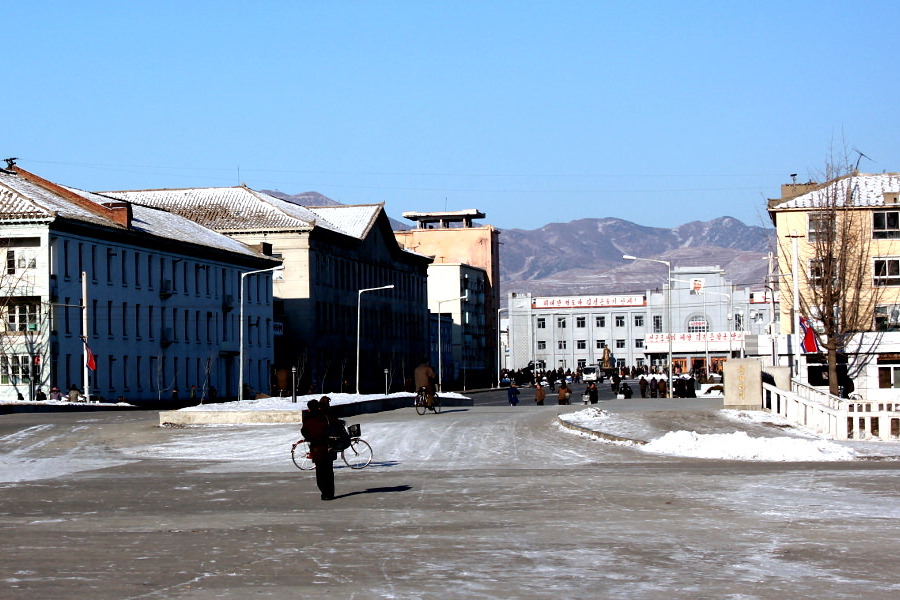 Named after International Women's Day, the March 8 Hotel is the only one where foreigners can currently stay in Sariwon city. A new hotel is currently being built by Mount Chongbang in Sariwon so we may have more Sariwon accommodation options in the, hopefully, near future. 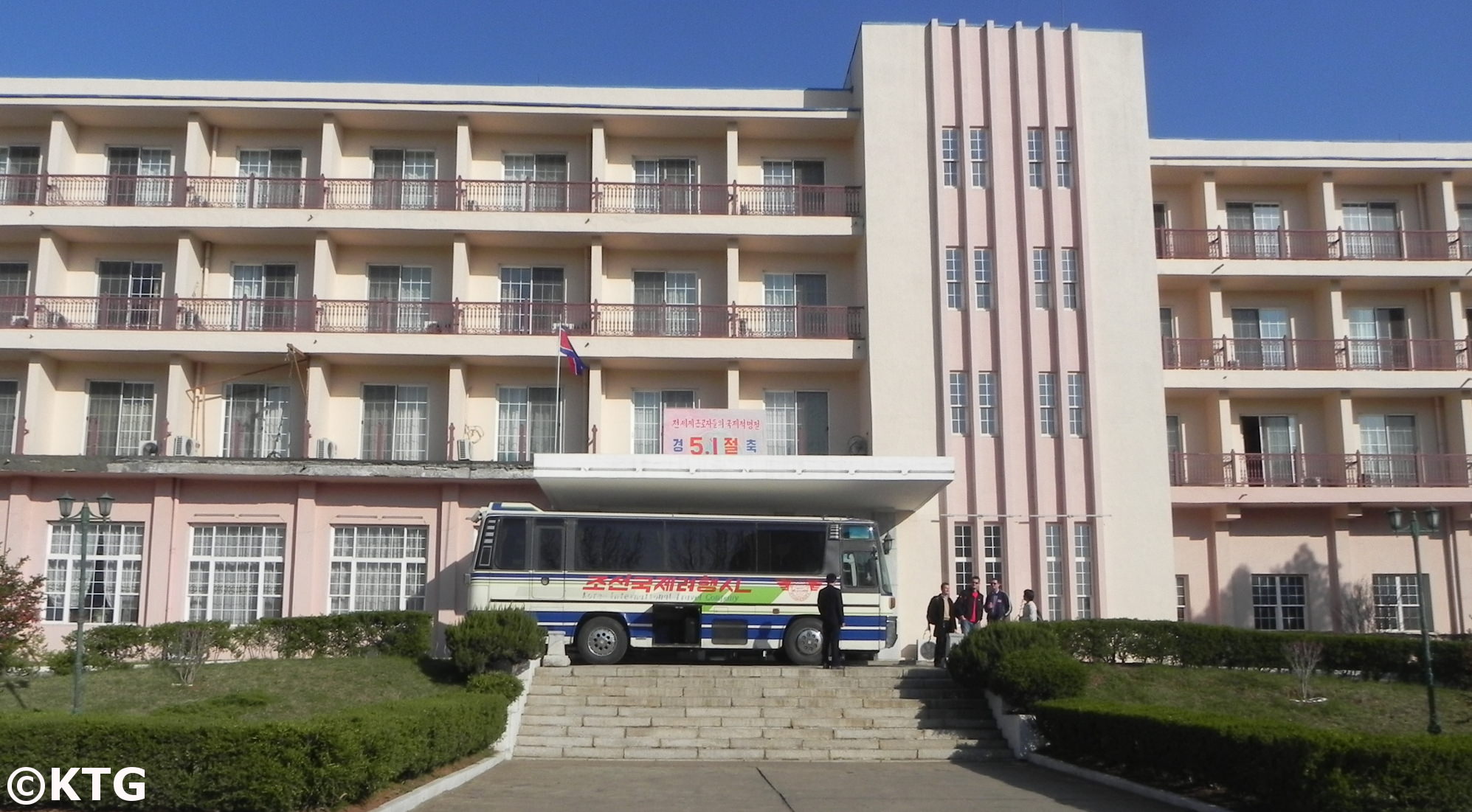 3.8 Hotel in Sariwon. Please note that 5.1 marks May Day which was an upcoming date when we took this picture.

The hotel is actually a third class hotel (4 tier in the DPRK hotel rating system), though we must admit that we have stayed at second class hotels where conditions are very similar. There are 24 rooms in the hotel divided into three classes.

Location of the March 8th Hotel

Sariwon is the capital of North Hwanghae Province. A lively city located about an hour's drive away from Pyongyang, we usually arrange a stop here on our way back from Panmunjom (the DMZ) and Kaesong city. The March 8th Hotel is located in the city centre near the train station.

The March 8 Hotel is located in Sariwon city, provincial capital of North Hwanghae province. Click on the map above in order to go to our DPRK interactive map.

As you enter the hotel, a giant painting of President Kim Il Sung greeting excited foreign dignitaries, one of which holds a banner reading "Long Live the Great Juche", welcomes you. 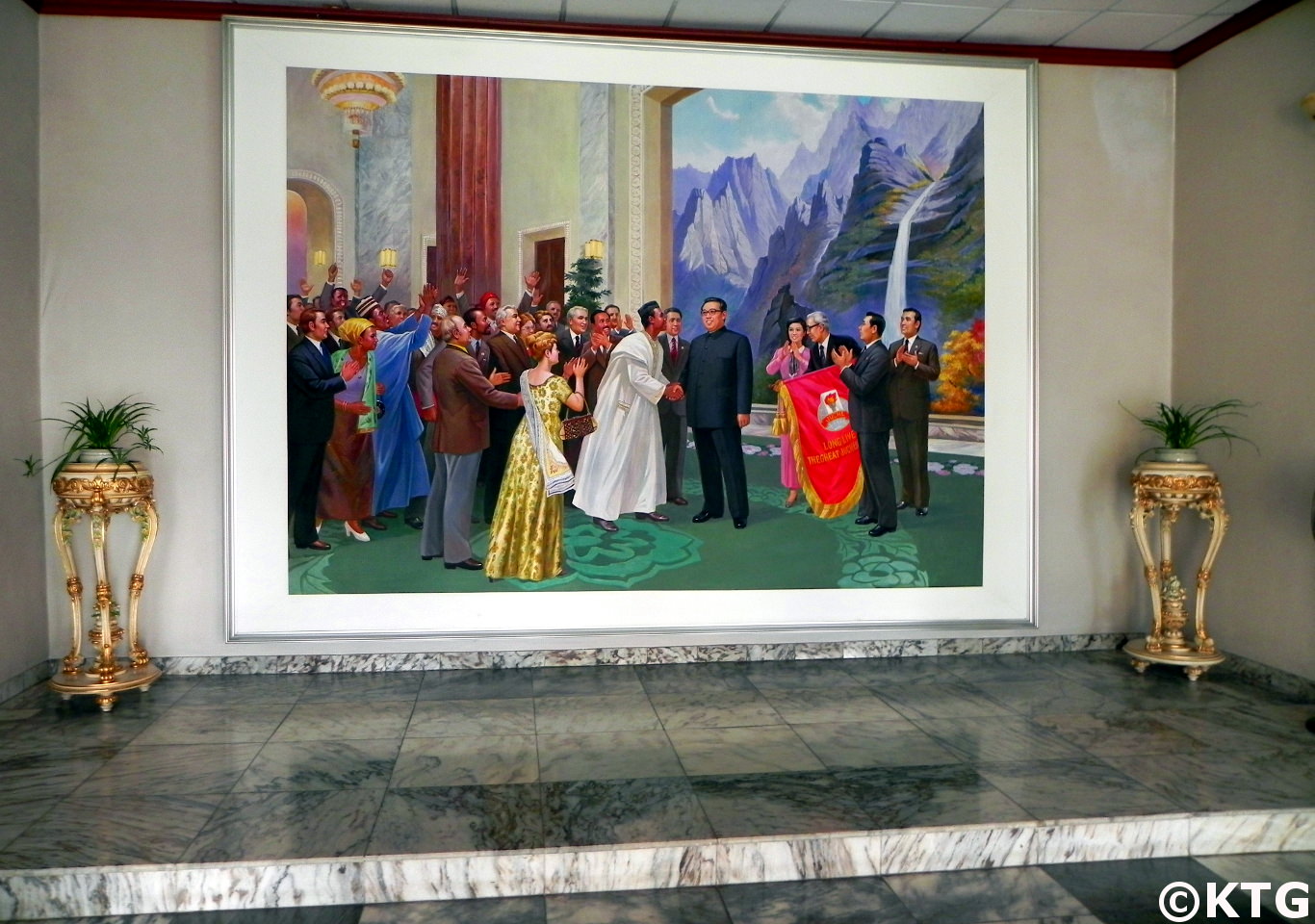 Coincidence? The 3.8 Hotel is similarly decorated to the hall depicted in the painting above 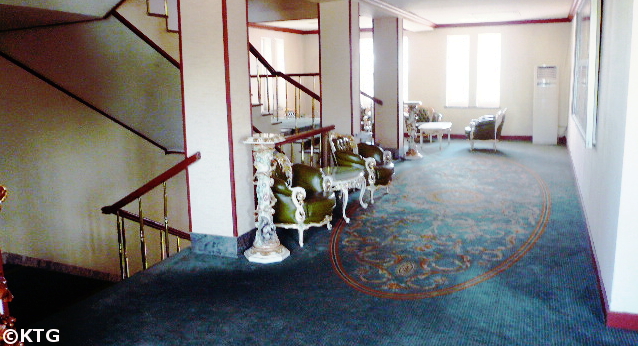 The restaurant has beautiful paintings of the local area including a local fish farm.

The mural painting depicts Bomanri (범안리) Fish Farm which is located in this province, North Hwanghae, near the tea-house located in the middle of Pyongyang and Kaesong 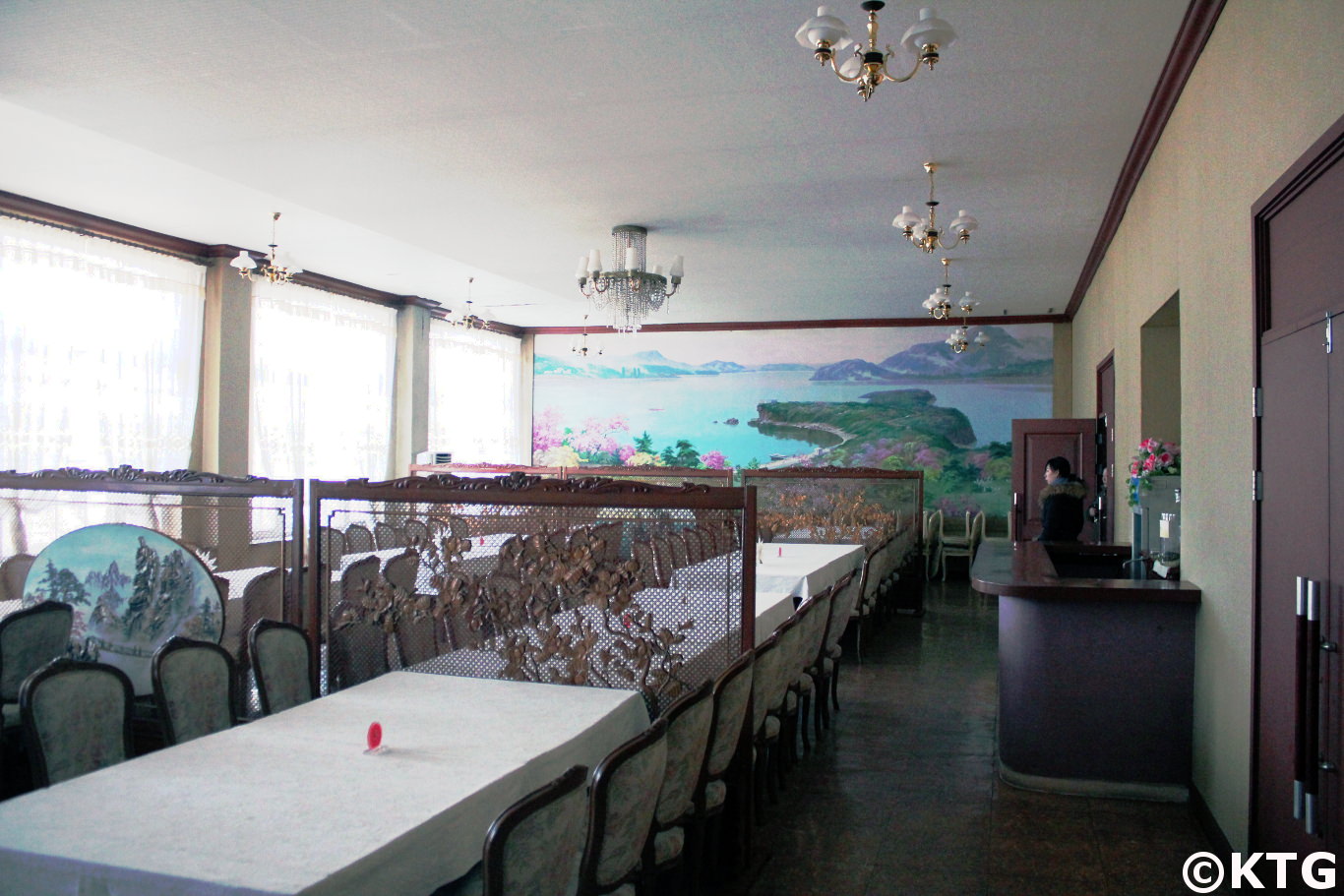 Breakfast is served as a set menu, not in a buffet style.

Despite its extravagant décor, as tends to be the case with provincial hotels, there can be issues with hot water in the March 8th Hotel. Water is set to be available in the morning, but we have had to take cold showers here in the past. Whereas first class rooms are very spacious and have their own living room, standard rooms are small. You may, however, be lucky and roomed in a first class room.

Toilets are fitted in yellow marble, which adds to the uniqueness of the décor. 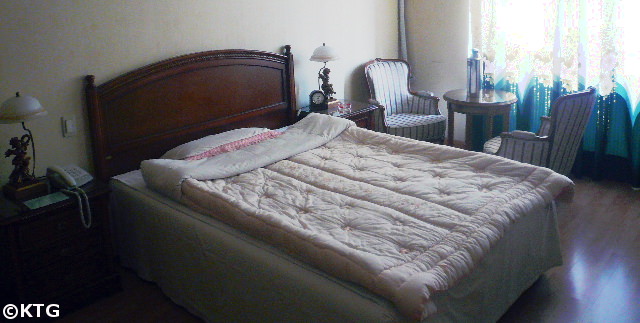 Apart from the flamboyant ornaments, another advantage are the great views from the room of the city centre.

TV channels are Korean. We always recommend travellers to check out the local channels, even if they do not speak Korean, just to have a feel of what locals are shown.

The Sariwon 3.8 Hotel is close to the city's train station. However, it's probably best not to stay there winter.

As with most provincial hotels in North Korea, it is an interesting experience to stay overnight in the 3.8 Hotel but you should not expect luxury and you should bear in mind too the season in which you travel.

It is best to stay overnight at the 3.8 Hotel in Sariwon in either spring or early autumn

Go from our March 8 Hotel section to our Pyongyang Hotels page to see what hotels you can stay at in the capital city of DPRK.