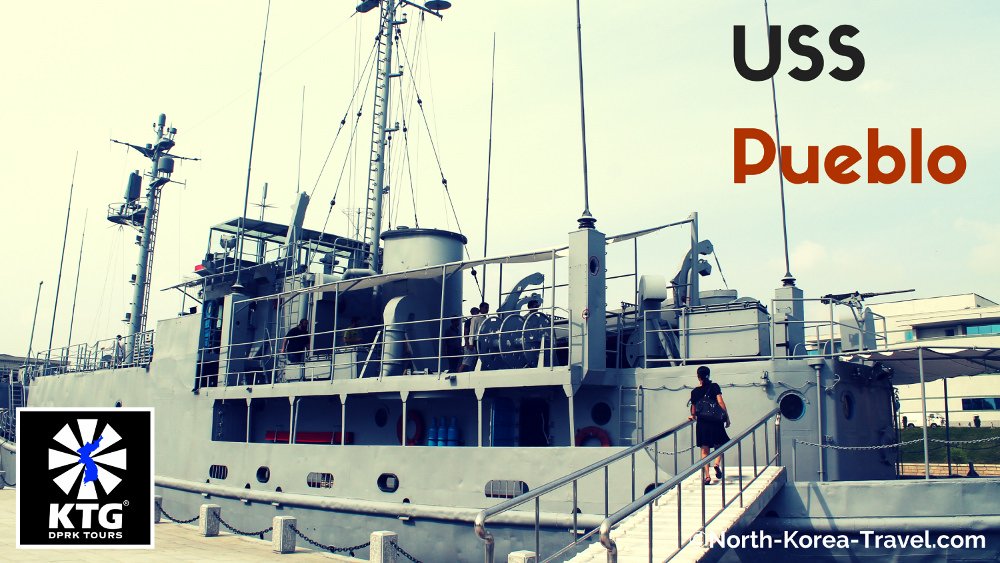 Interested in a USS Pueblo Tour? This is the only US vessel that is in possession by another country. This ship is now located in Pyongyang at the outdoors section of the Korean War Museum. The USS Pueblo was caught when relations between the DPRK and South Korea and the US were at a low. The crew were unaware of that tensions were particularly high just a day before they were capture. Thousands of visitors come here every year in what the DPRK displays as a clear example of US imperialism and aggression against North Korea.

Please click on our North Korea Tours to go from the USS Pueblo Tour page to a list of other areas you will be able to see while visiting North Korea.