Aka The Arch of Reunification

Officially called the Monument to Three Charters for National Reunification, the Arch of Reunification is a 30 metre tall concrete mammoth of a structure built across the Reunification Highway that may one day connect Pyongyang and Seoul. 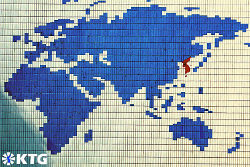 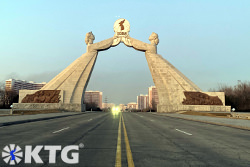 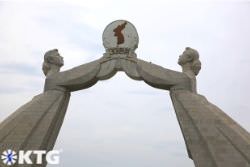 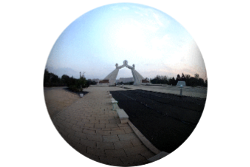 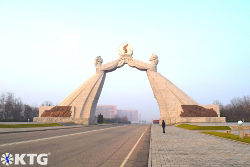 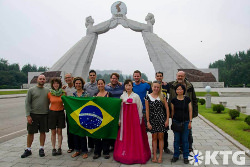 The idea of reunification is extremely important to Koreans in the DPRK. It is not something we just see in school maps, posters and mosaic walls that show the entire nation as one united Korean peninsula, but it is something you can genuinely feel when speaking to North Koreans. Whether chatting to people on the train, your guides, hotel staff or even North Koreans abroad, you can tell that reunification is a very important issue and, for them, it is a matter of when it will happen, not if it will happen.

Image of Korea, highlighted in red, at the Songdowon Summer Camp in Wonsan. Notice the whole Korean peninsula shown as one country. 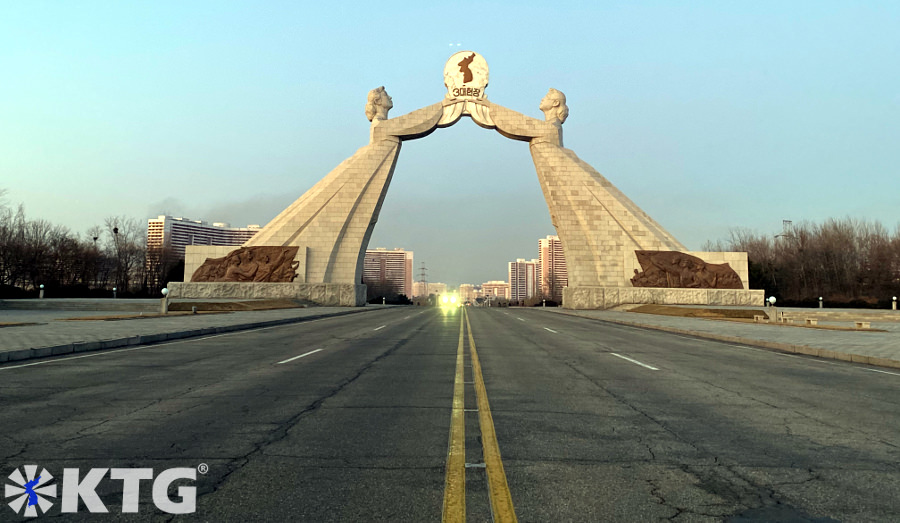 Oncoming traffic - although there are hardly any vehicles on this major highway, always keep your head up if taking a picture there.

The monument consists of two identical ladies in North and South Korea, dressed in traditional Korean dresses holding a bronze emblem of a unified Korean peninsula. Why are they identical? To stress that the Korean people are one united people. In fact, you may get asked by your guide to guess which lady represents the north and which represents the south and the answer that there is no answer! 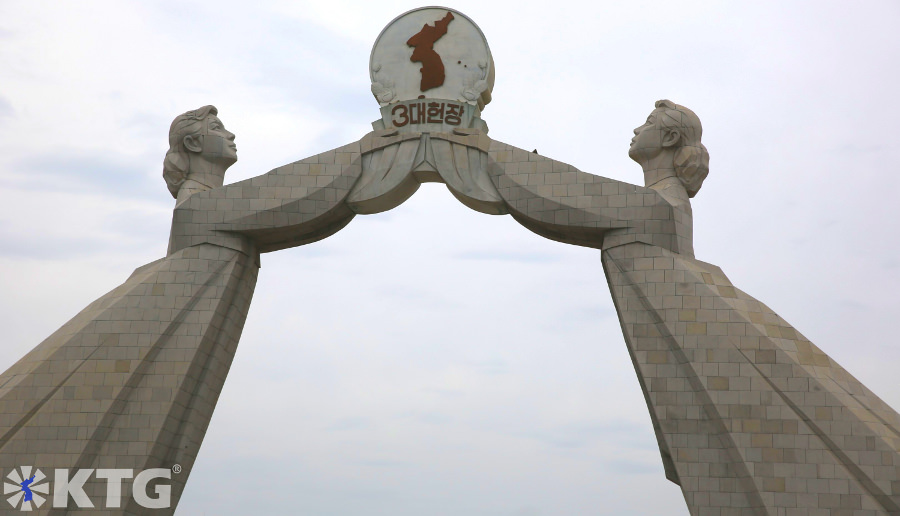 The base of the monument is decorated with bronze images of people longing for the reunification of Korea, and inside the base there are plaques and engraved stones with messages for peace and reunification sent by individuals and organisations from South Korea and abroad. 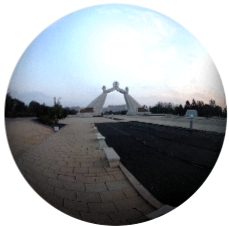 Check our 360° image we took of the Arch of Reunification on our way back to Pyongyang from the DMZ!

The image will open in a new tab. You can then move around it in any direction! 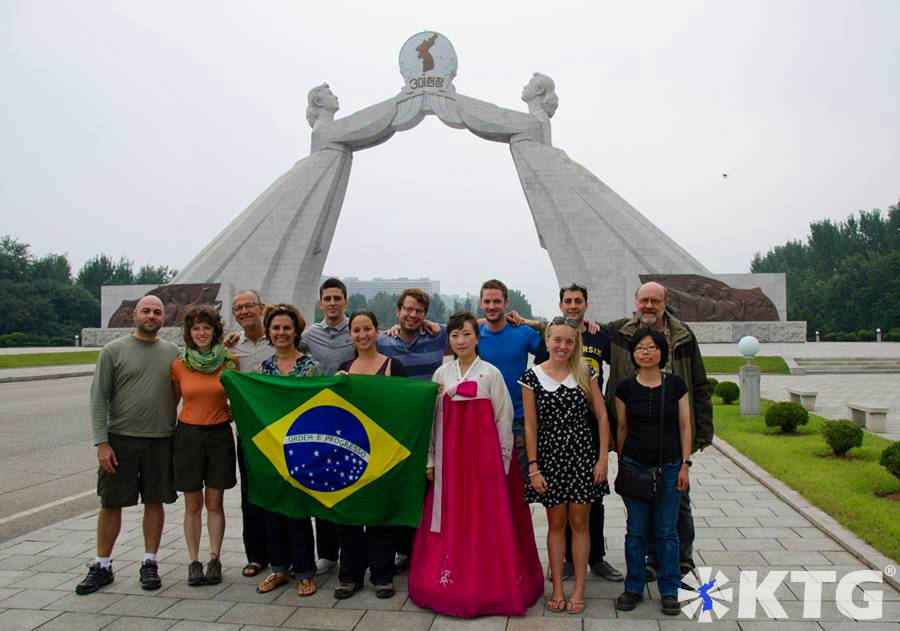 The Monument to Three Charters for National Reunification was built in August 2001, just a year after the first inter-Korean summit, when DPRK Leader Kim Jong Il and South Korean President Kim Dae Jung met in Pyongyang.

What does the Three Charters of National Reunification consist of?

It consists of the following points:

We usually make a stop at the Arch of Reunification either on our way to Kaesong and the DMZ or on our way back to Pyongyang. Given the low traffic volume here, we are able to take pictures from the highway itself! 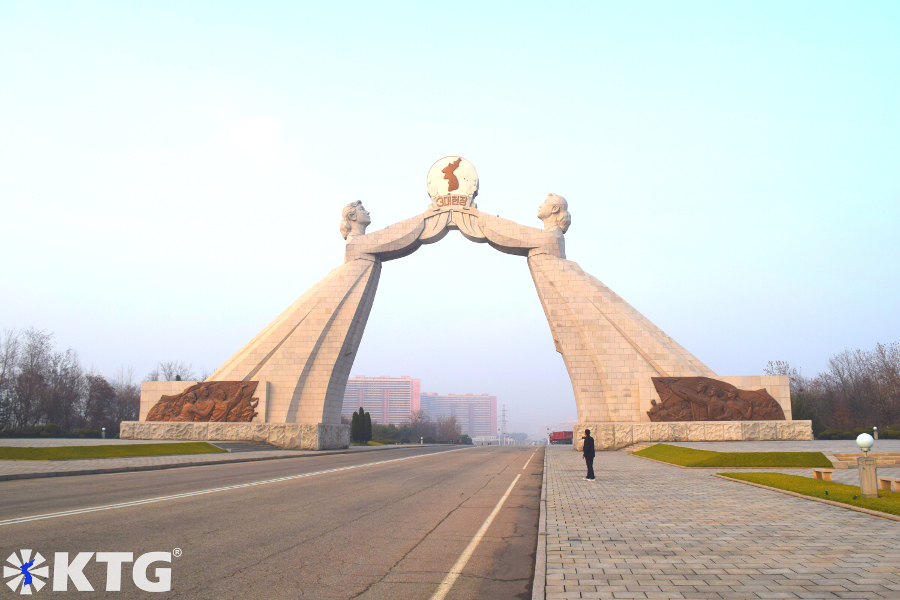 In any case, please always keep an eye out for any trucks, buses or cars!

Please click on our North Korea Travel Guide for a list of more places that can be visited in the DPRK other than the Arch of Reunification.