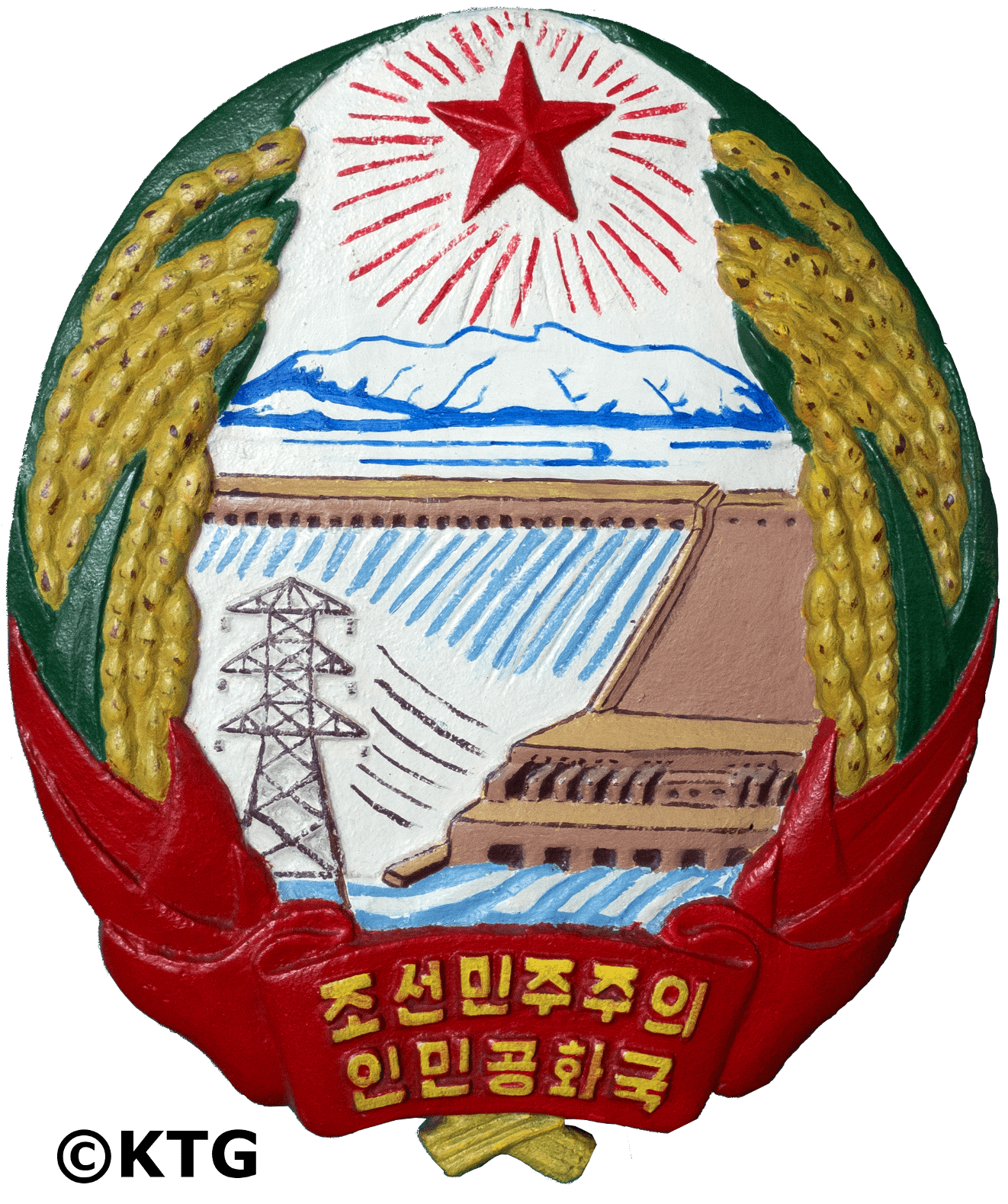 In the background, Mt. Paekdu can be seen. This sacred mountain of revolution is the place of birth of Chairman Kim Jong Il. Together with the 5 pointed red star that beams over the hydro-electric dam, it represents the revolutionary spirit and history of the Korean people and their prosperous future. The hydro-electric dam together with the ears of rice that surround it represent the strength of the country's industry and agriculture. The red ribbon on which the words "the Democratic People's Republic of Korea" (조선 민주주의 인민 공화국) are written represent the homogeneity of the Korean people, the development of the country and its bright future.