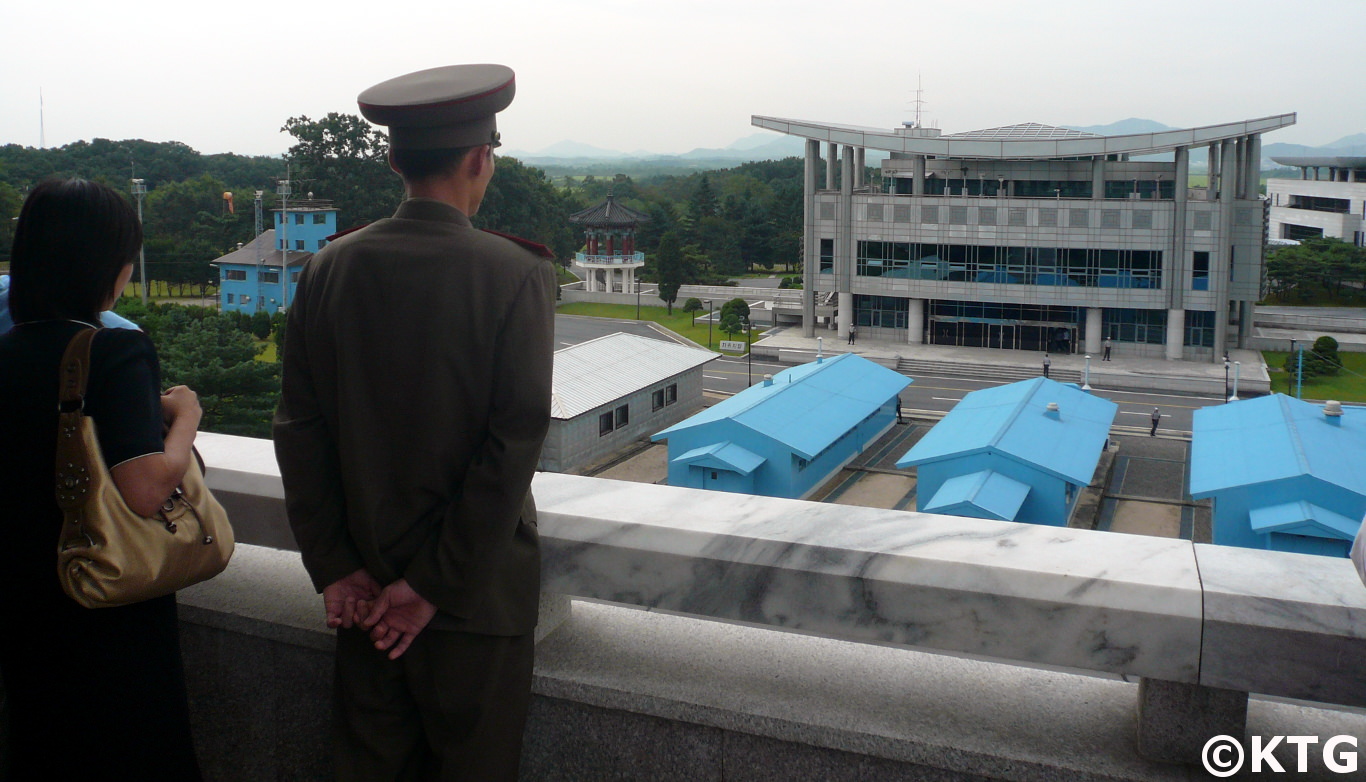 DMZ tours - North Korean soldier glares over the demarcation line that divides the peninsula into two. Visitors have the chance to go into the tent that literally runs over the line and where peace talks take place. South Korean soldiers and tourists visiting from South Korea can be clearly seen.

The Korean peninsula witnessed the first Cold War armed conflict, involving North and South Korean, US, UN and Chinese troops. The peace treaty between the North and South has not yet been signed, making this conflict longer than its origin.

Please click here to go back to our DMZ tours section.