Join KTG® for our 2017 Pyongyang Marathon Tour! What better way to explore the streets of Pyongyang than by doing so jogging! Get ready to start the race early in the morning at Kim Il Sung Stadium in front of a crowd of no less than 40,000! Local newspapers and TV channels will be there. As we leave the stadium and run around the capital thousands of Koreans will cheer us on!


For those not interested in running it is possible to stay in the stadium and see football match, parachuting show and remote control plane exhibition.

Day 0 - April 7 (Friday) for those entering by train

Day 1 - April 8 (Saturday) for those entering by plane 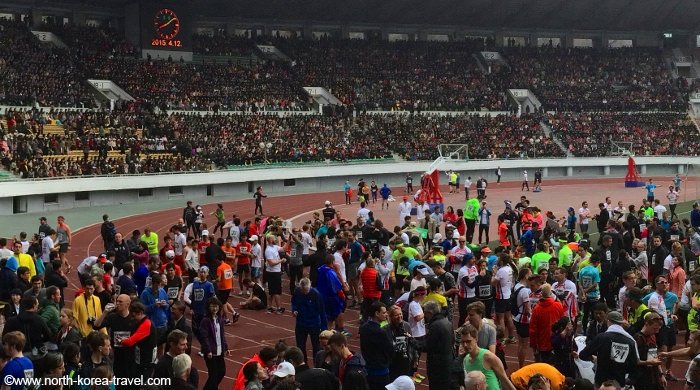 Please click go to our North Korea Tourism page to see more information on other tours that we offer other than our 2017 Pyongyang Marathon II Tour.